The Warteckhof project was developed in 1992 as an alternative to the suggested plans put forward by the city’s urban design department. Their suggestion envisioned a conventional site development that would have removed the former brewery buildings in favour of a housing development along the site’s perimeter. The new scheme instead aimed to retain both the brewery’s water tower (a familiar historic landmark in the cityscape) and utilize all the important existing industrial buildings. The entire site was conceived as a unity made up of different buildings: an office block with retail facilities, a courtyard with residential buildings and artist studios, and the former brewery. The exemplary site development has an open “constellation” defined by the relationship between the different volumes. The external space is public.

The urban development proposal included a viable economic model that would allow the former industrial buildings to be maintained as monuments without yielding financial return. The residential buildings and the office block secured the project’s financial viability. This freed the historical buildings from spatial and economic constraints. They were made available to a cultural foundation with a focus on the applied-arts. The city council and Basel population approved the project by ballot in 1993.

Both the office block adjacent to the former brewery pub and the open residential area surrounding the courtyard employ simple design concepts. In both cases, the buildings are slightly set back from the street. The façade of the residential building is clad in red clinker brick to complement the brewery’s exposed brick wall. The staggering of the cinder blocks and the office windows gives the façade of the office block a heavy yet lively feeling. The openings organizing the courtyard define a regular grid. The different window widths distinguish the respective offices and disrupt the regular pattern. Overall a unified sense based on the evident composition of old and new is achieved. The distinct individual buildings recede behind the evident general form. The experiential knowledge of the brewery derived from the flexible usage of the robust industrial spaces and its façades pervades the entire development. 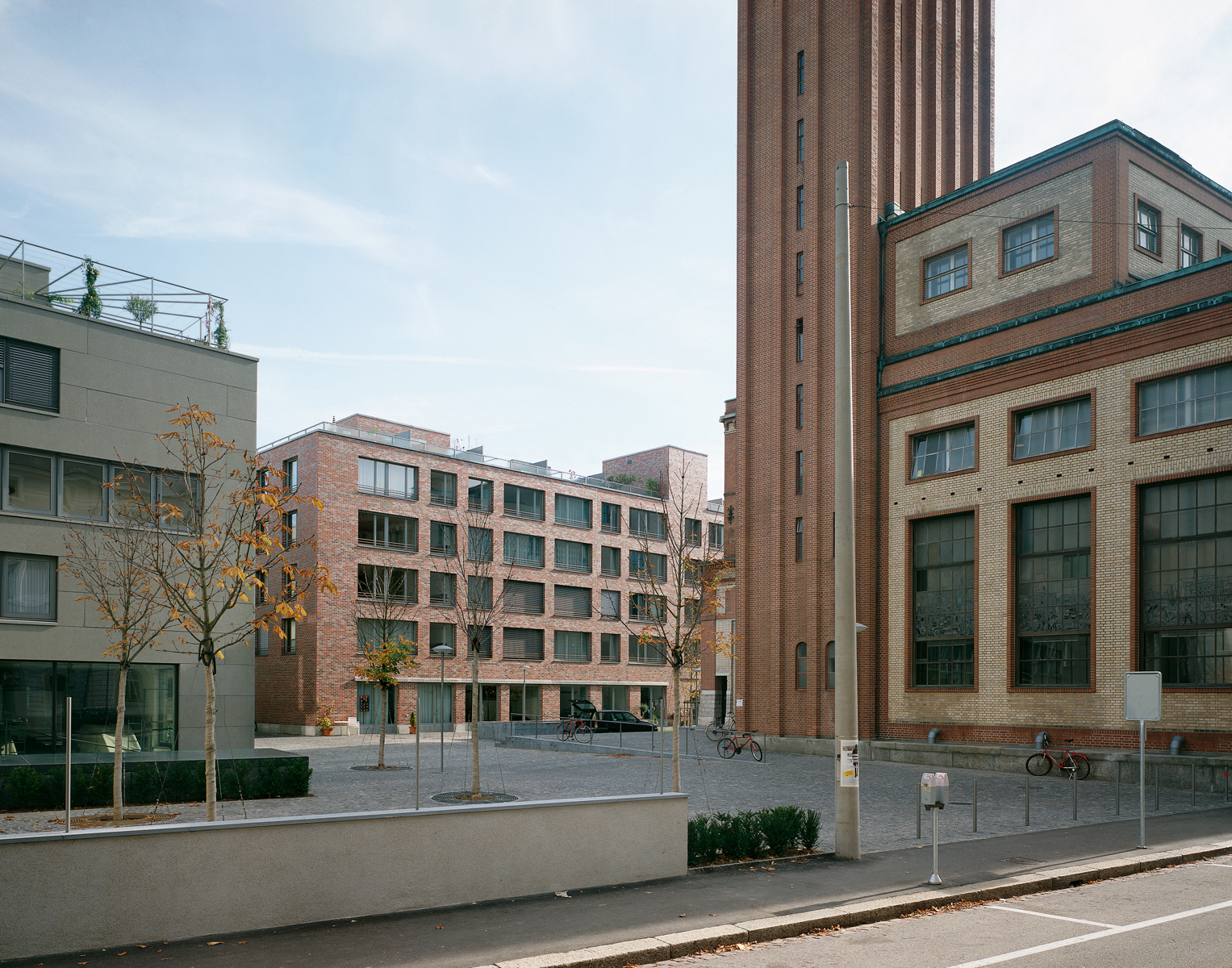 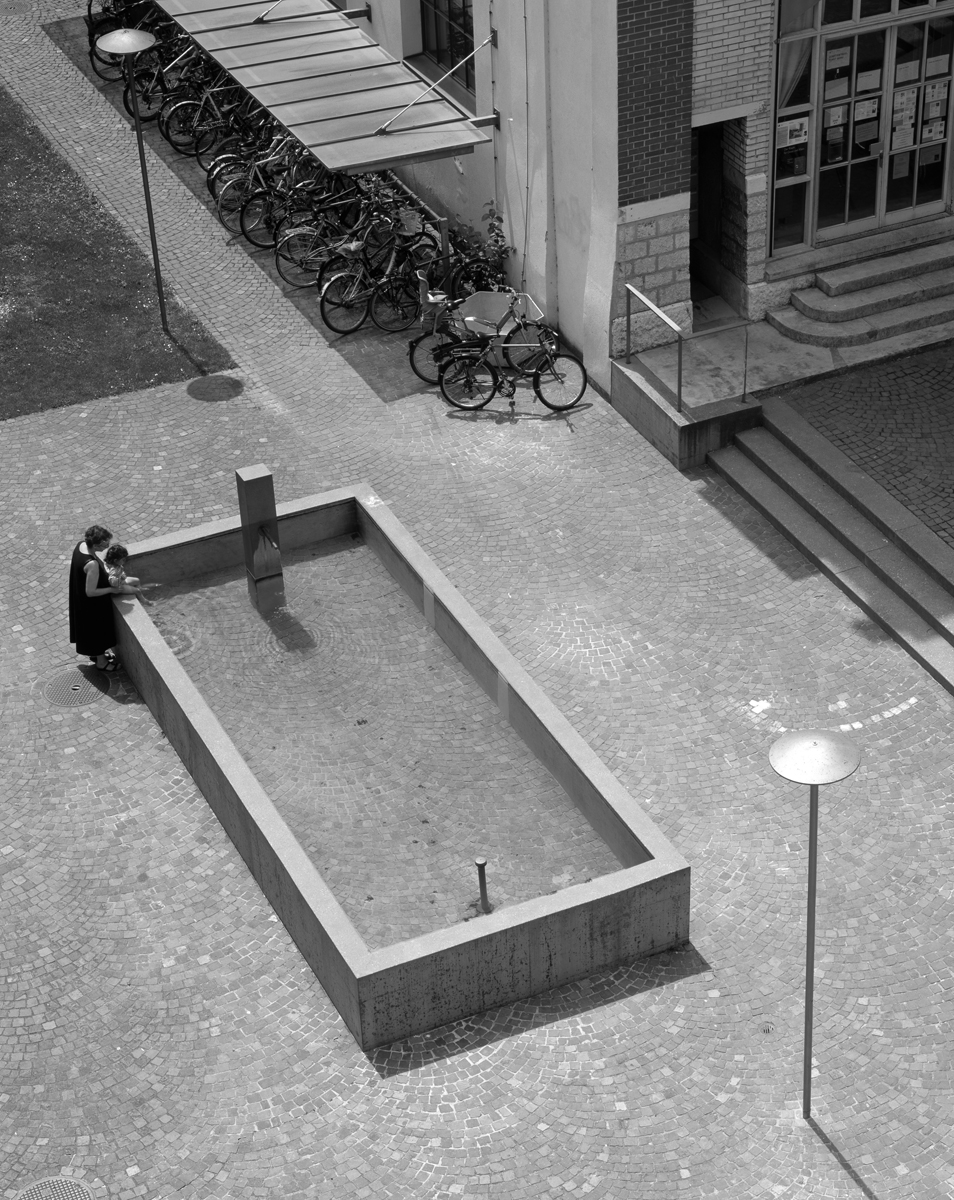 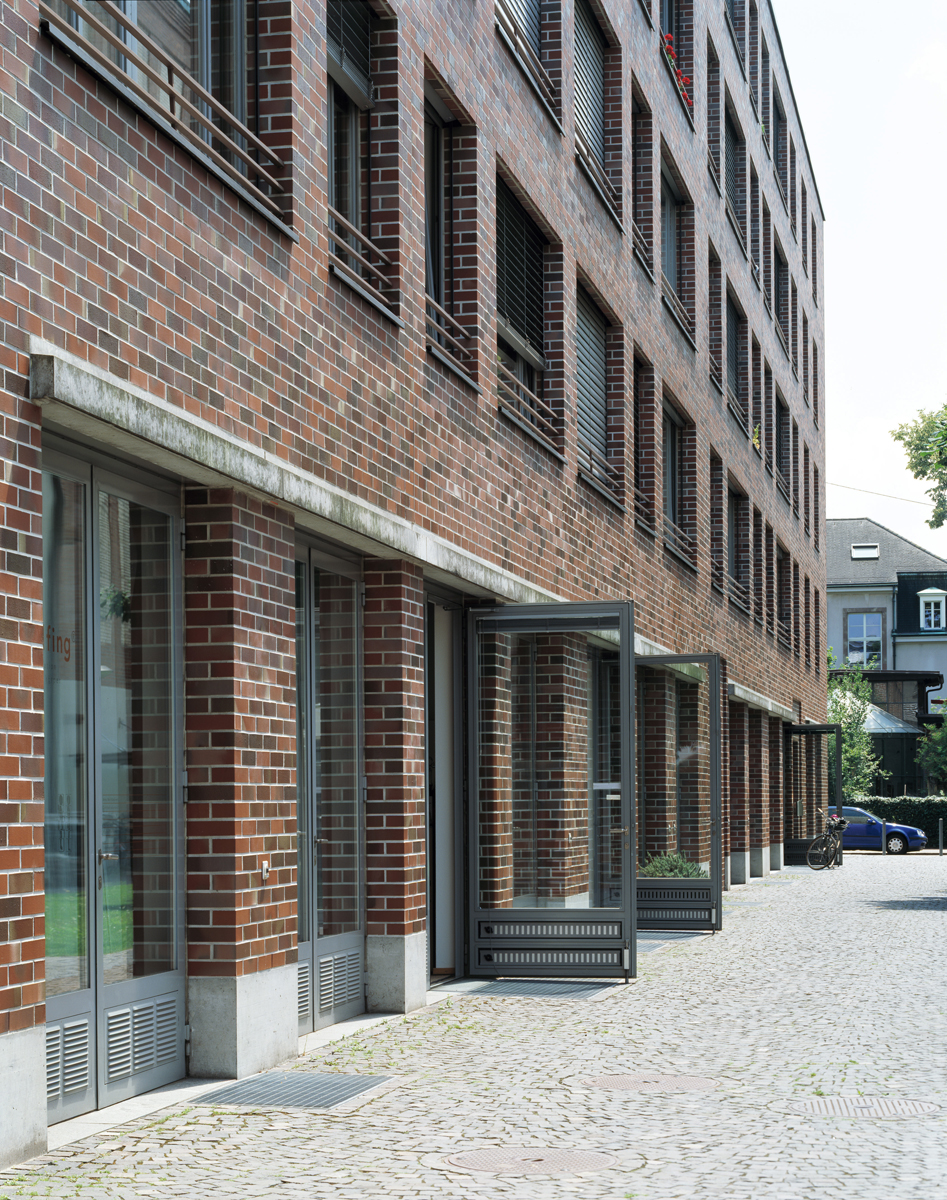 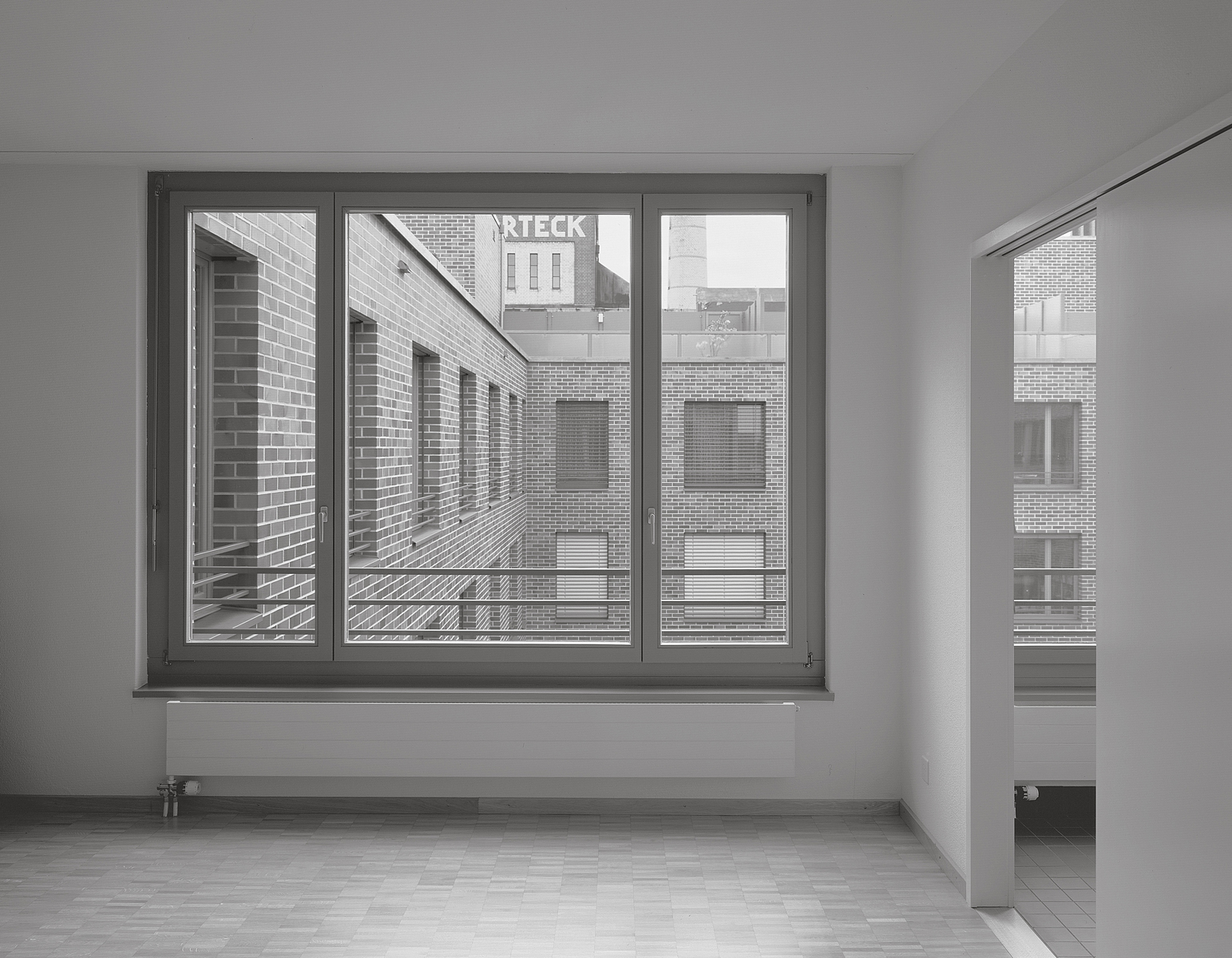