The building, which today houses the Rosengart Collection, served as the Swiss National Bank’s headquarters in Central Switzerland until 2000. Designed by Hermann Herter, the City Architect of Zurich, and erected in 1923/24, the solitary building inhabits a central location on the Pilatusstrasse. Its formal neoclassicist language conveys a sense of massiveness and strictness. Angela Rosengart, the patroness of the collection, purchased the building to carefully restore the monument and convert this former bank building into a permanent exhibition space for her collection.

The Rosengart Collection, with its more than three hundred artworks, which include masterpieces of Impressionism and Classic Modernism, is one of Europe’s most significant art collections. The building is ideally suited to the requirements set out by the patroness, both in terms of size and location as well as floor plan and security. Accordingly, the building’s redevelopment sought to adapt the space to its new function as it maintained the building’s original fabric. The result was a White Cube architecture with natural lighting on the first and second floor for the paintings and a protective gallery space in the basement for the works on paper. The renovated rooms embrace their history while ideally fulfilling their new function: the former bank with its halls and vaults now safely preserves this treasure trove of artworks while also representing the engagement of the patroness.

The building’s first floor is entirely given over to the oeuvre of Pablo Picasso. A series of rooms with changing light circles the bank’s central hall and creates a passageway that runs along the inside of the building’s main walls; this passageway runs contrary to the building’s original organization to culminate in the building’s central hall. Individual openings that extend from floor to ceiling create sightlines that bisect the entire floor and balance the sequence of peripheral rooms with the overall space. This produces overlapping spatial systems: the exhibited objects can either be looked at individually or comprehensively. The rooms on the second floor dedicated to the impressionist and classic modernist artworks are also grouped around a central hall. The former meeting room has been preserved in its original state and remains accessible to the museum visitors.

The basement, where the vaults previously stood, is entirely given over to Paul Klee. A continuous exhibition space made up of three rooms was designed for the 120 works on papers; this allows each individual work to be seen within the context of the overall cycle. The low ceiling and the historic industrial parquet flooring imported from England, give the exhibition space the quality of a traditional gallery. This allows the small-scale artwork to come into its own. The artificial lighting optimally protects the sensitive artworks.

On the outside, the building’s new designation is made immediately evident by the large, gold-bronze letters that form an unornamented frieze. This runs beneath the cornice of the building’s plinth level and spell out the names of the artists in the collection, with the collection’s name concluding or commencing the frieze on each side of the façade. 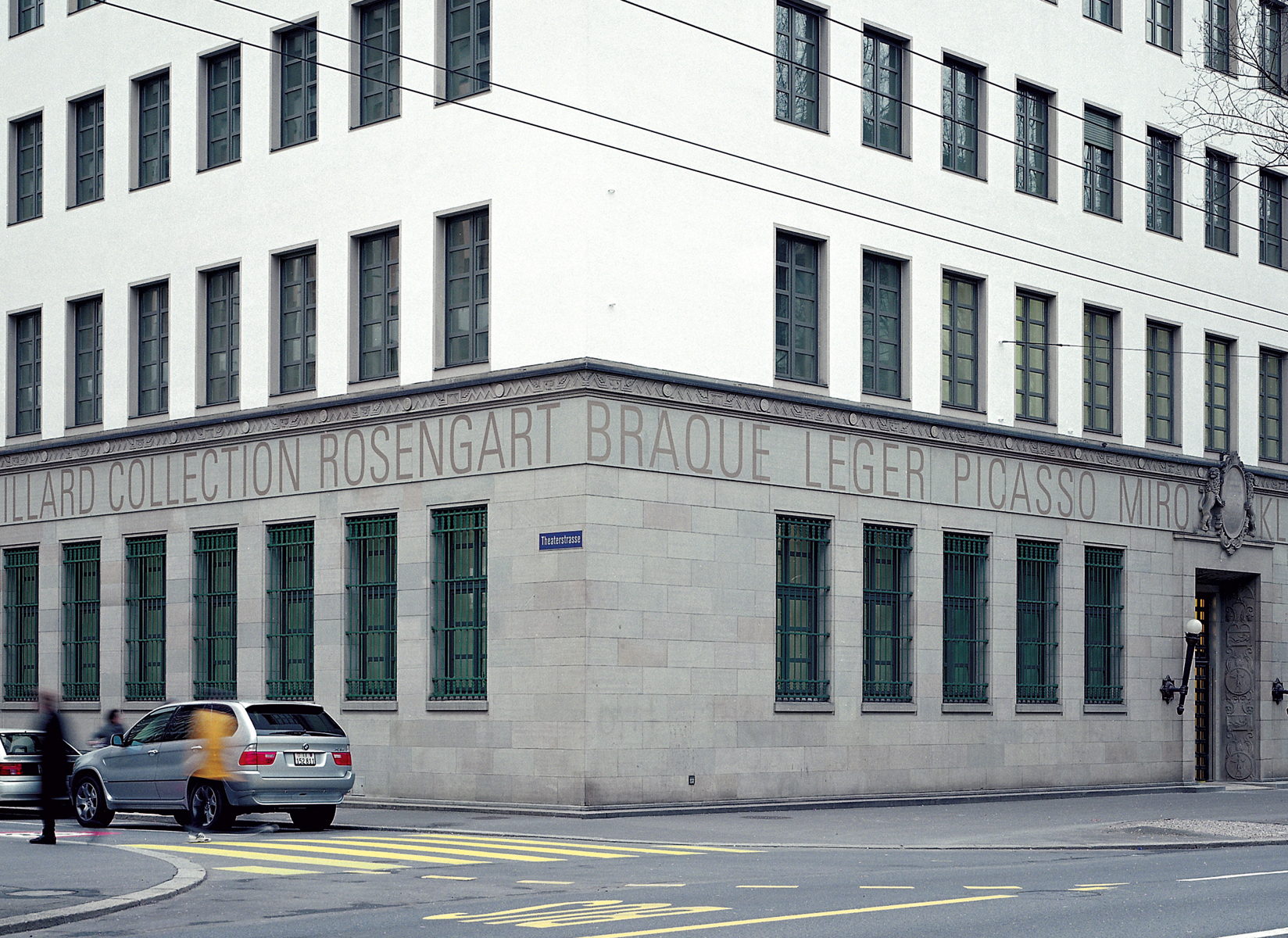 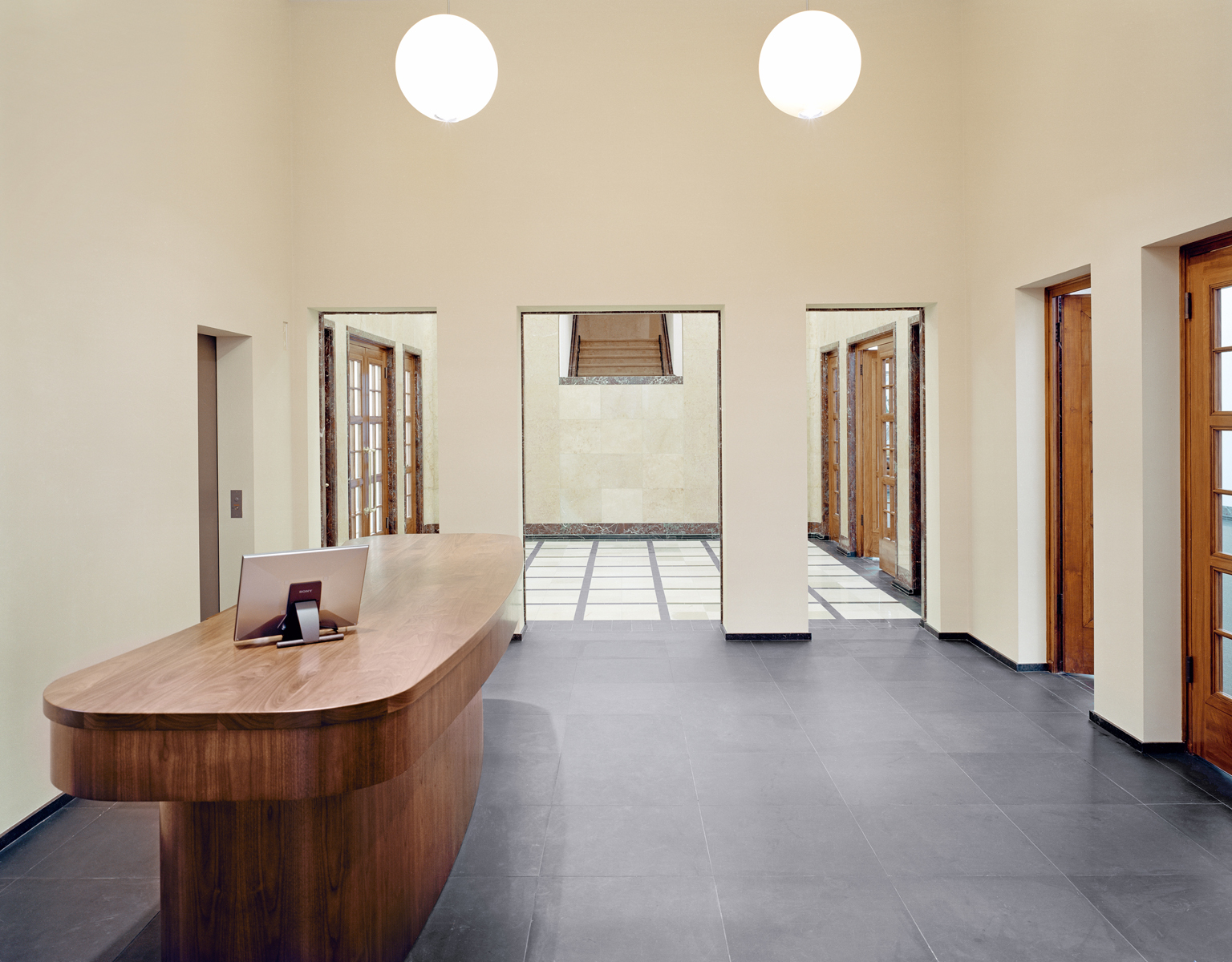 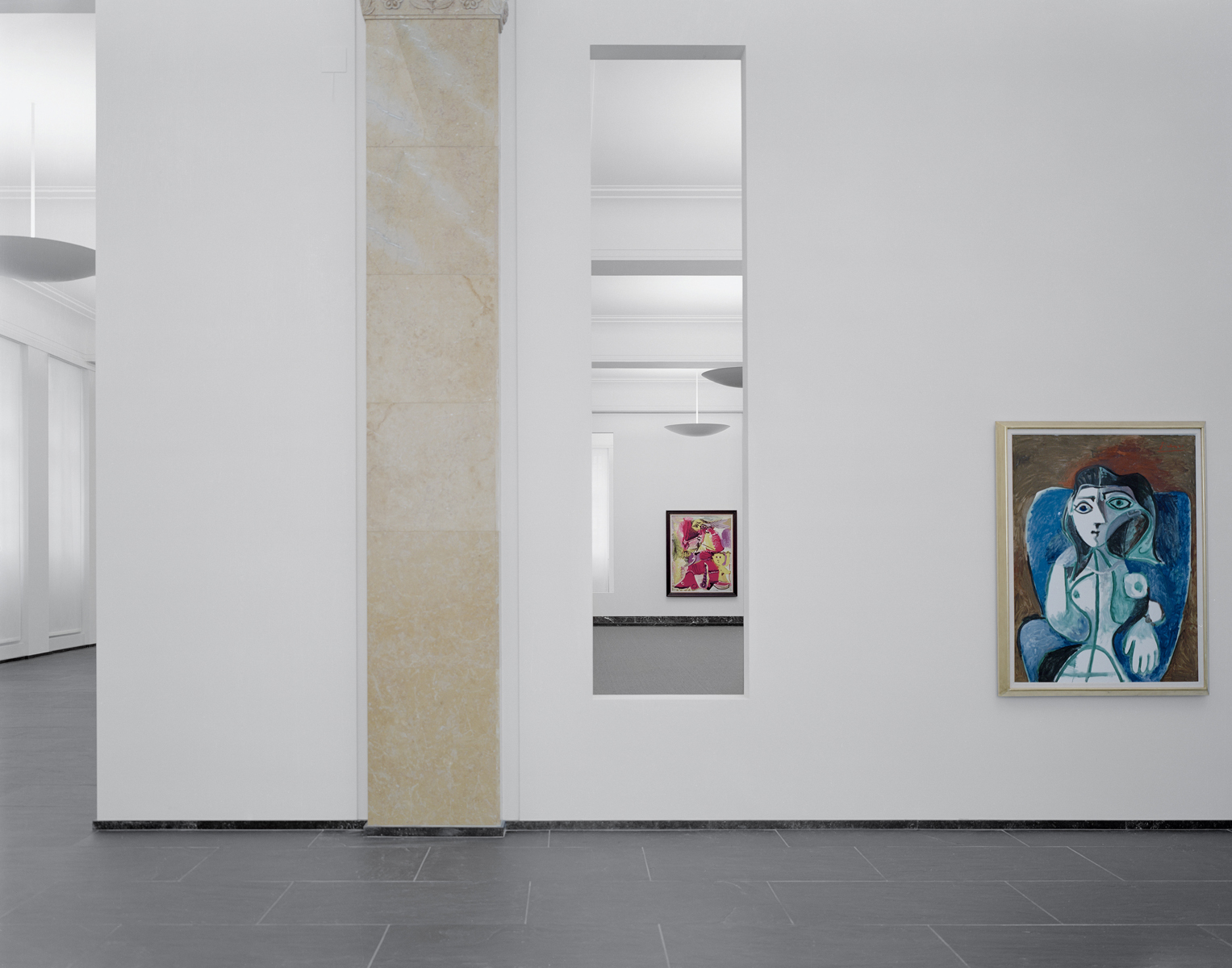 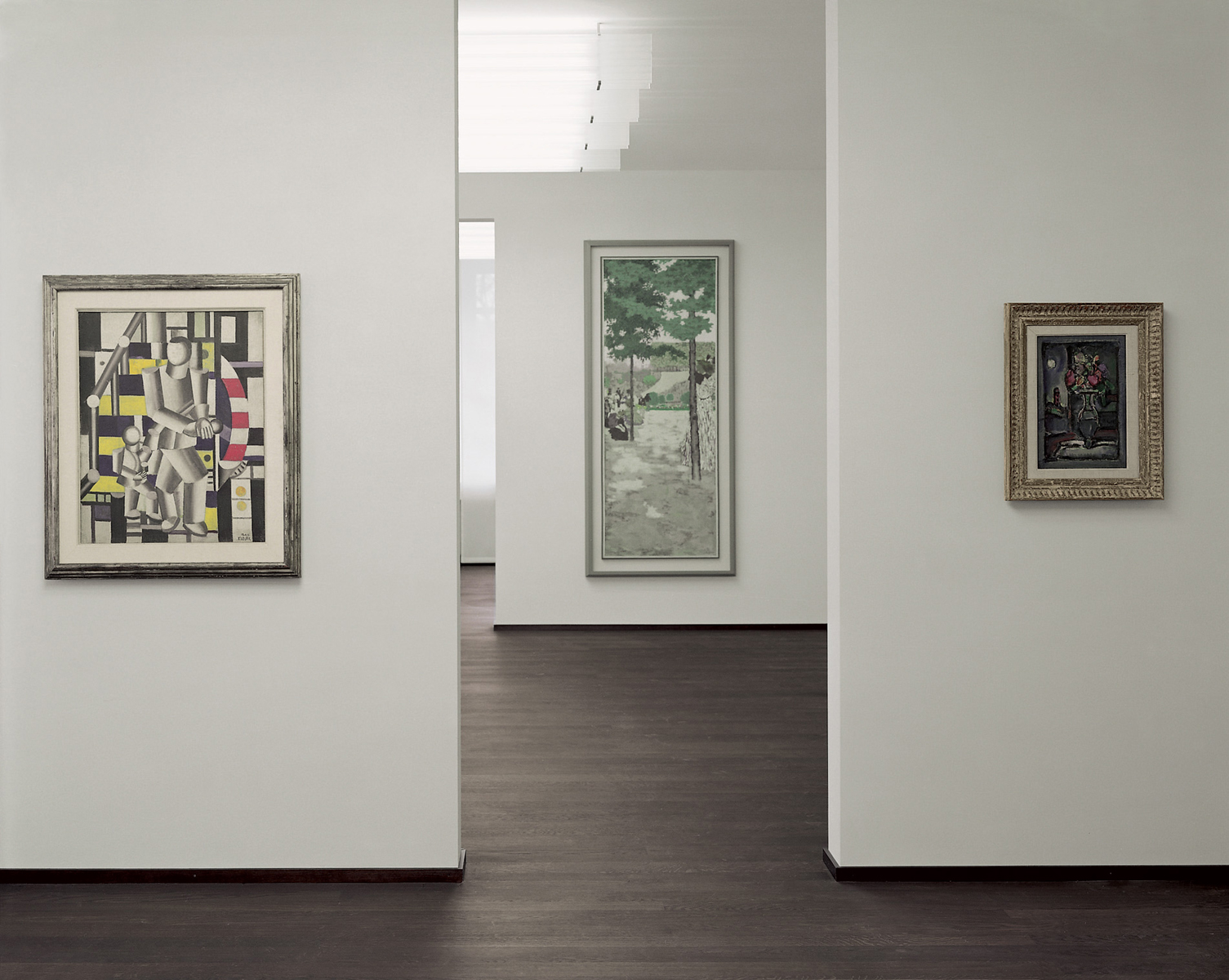 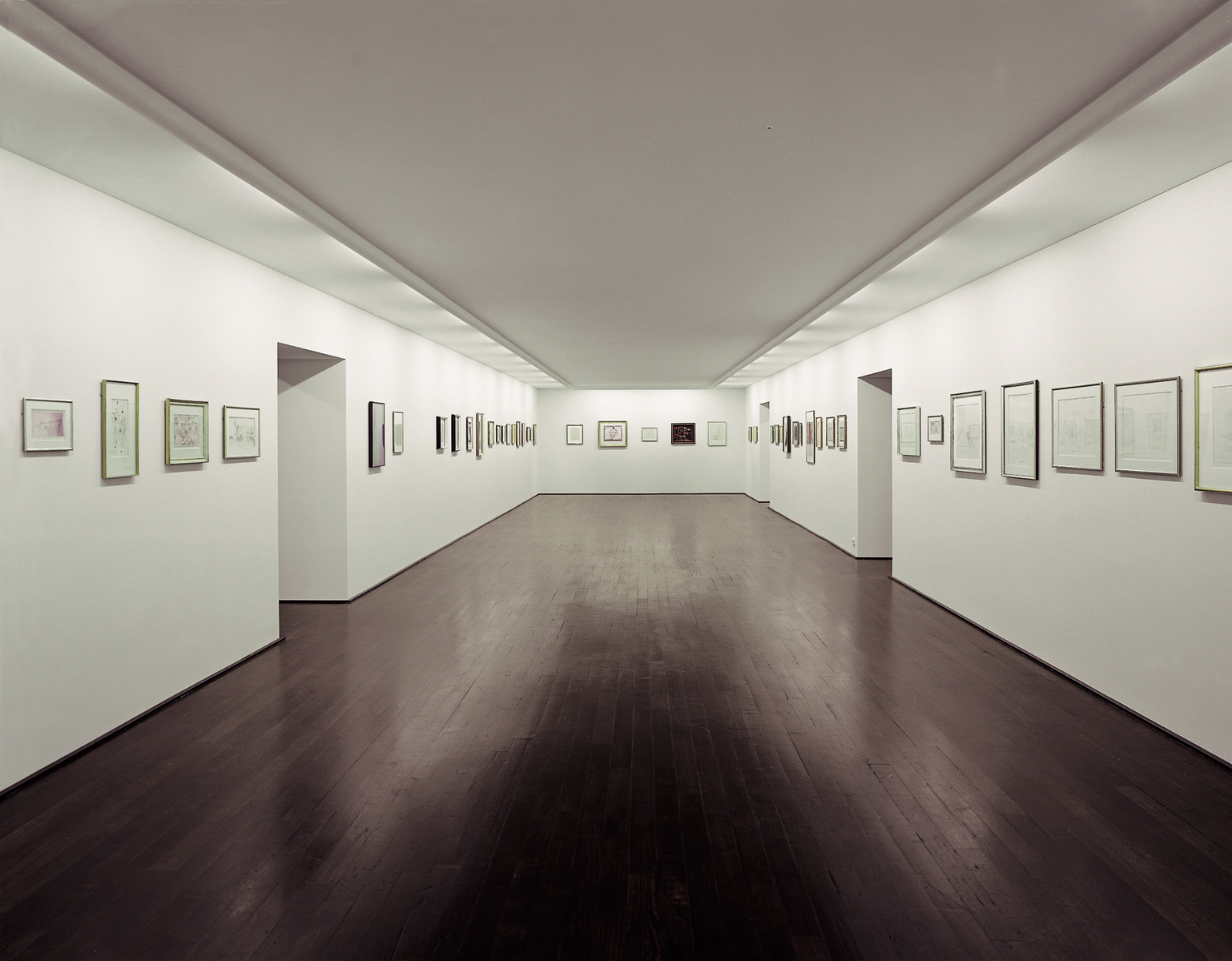