The shopping center Stücki stands on the former site of a textile piece dyeing company. Its large-scale industrial architecture defines the Kleinhüningen district of Basel and draws on the adjacent residential neighborhoods to give the site an identity. The entire complex includes a hall with a shopping mall, four towers, and a hotel suite. The hall and the hotel frame a new courtyard located on the southern end and which offers a view along the avenue that borders the banks of the river Wiese. The windowless towers hold the building’s technical installations and indicate the entrance and exit points into the complex as well as the location of the delivery zone and car park. They also serve to make the Stücki visible from a distance and at night they are light up with white LED lights.

The courtyard, the staggered southern façade with the main entrances to the shopping center, and the hotel complex are not oriented in accordance with the street and the river. Rather, they adhere to an oblique angle better suited to the unwieldy layout of the industrial buildings on site. This serves to counter the previously inaccessible quality of the location and arranges the buildings in keeping with the intimate scale of the surrounding residential neighborhoods. The shared use of white as a foundational color ties the buildings together as an assembly; within this, the disparate volumes accentuate each other. Uninterrupted balconies are mounted in front of the plastered walls and window banks that make up the building’s south and west façade, continuing along their entire length. Its east façade, which faces a heavily trafficked street, features a distinct contrastive structure: beginning at the southern edge, window and pilasters, which seem to extend to infinity, rhythmically structure the façade, their rhythm quickening along the length of the administrative section. The tower marks a break after which the façade again continues as a smooth plastered surface before reaching the next tower.

The shopping mall extends across two levels. The streets are separated into a larger and a smaller main axis, with numerous side axes leading off at an angle. There are nineteen light cupolas. These light up the four airspaces of the elevators and ramps. The shop windows that border the street illuminate the space between the pillars, whose shady-green color is the result of the cement’s stone and gravel mixture. The textured surface of the ceiling extends equally in all directions and consists of small silvery aluminum cylinders; in these are reflected circles and swirls of light with different diameters that echo the shape of the cupolas. 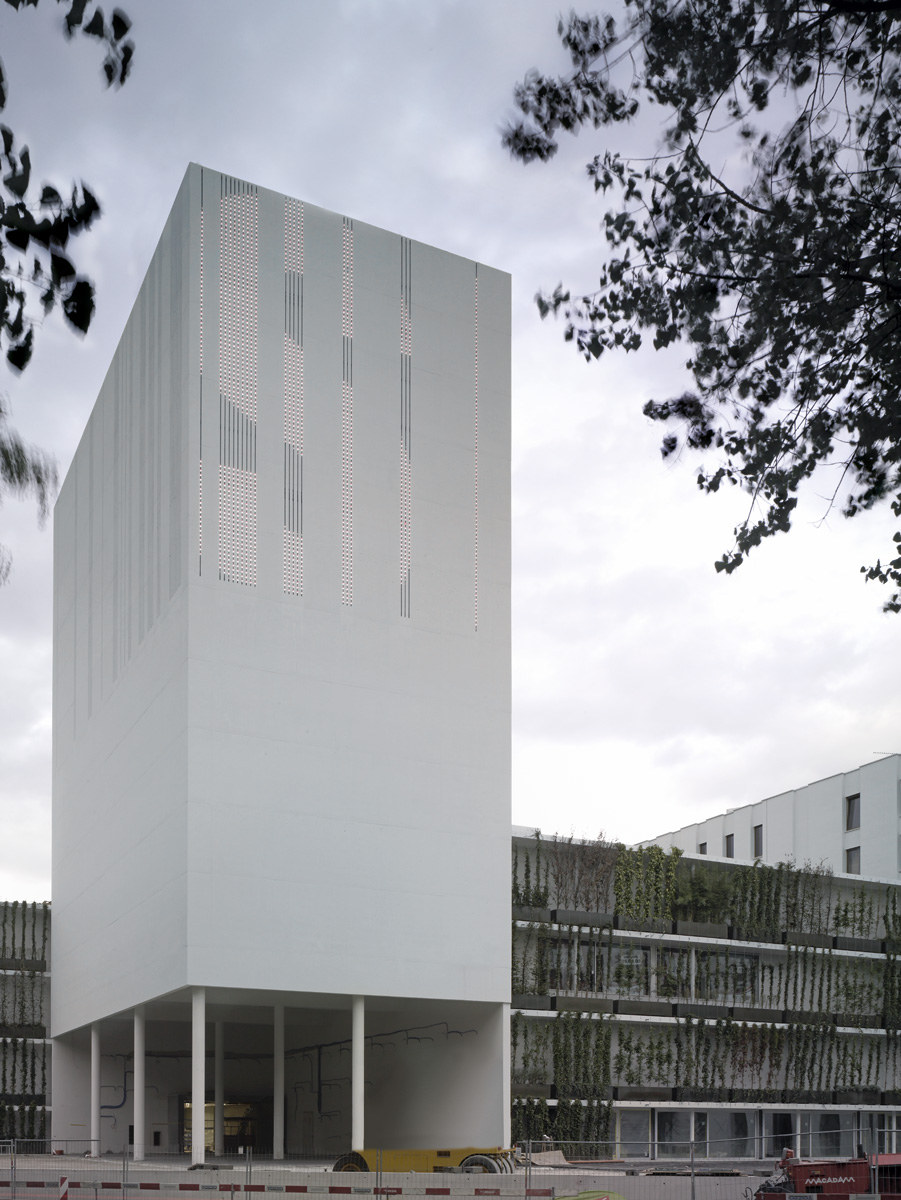 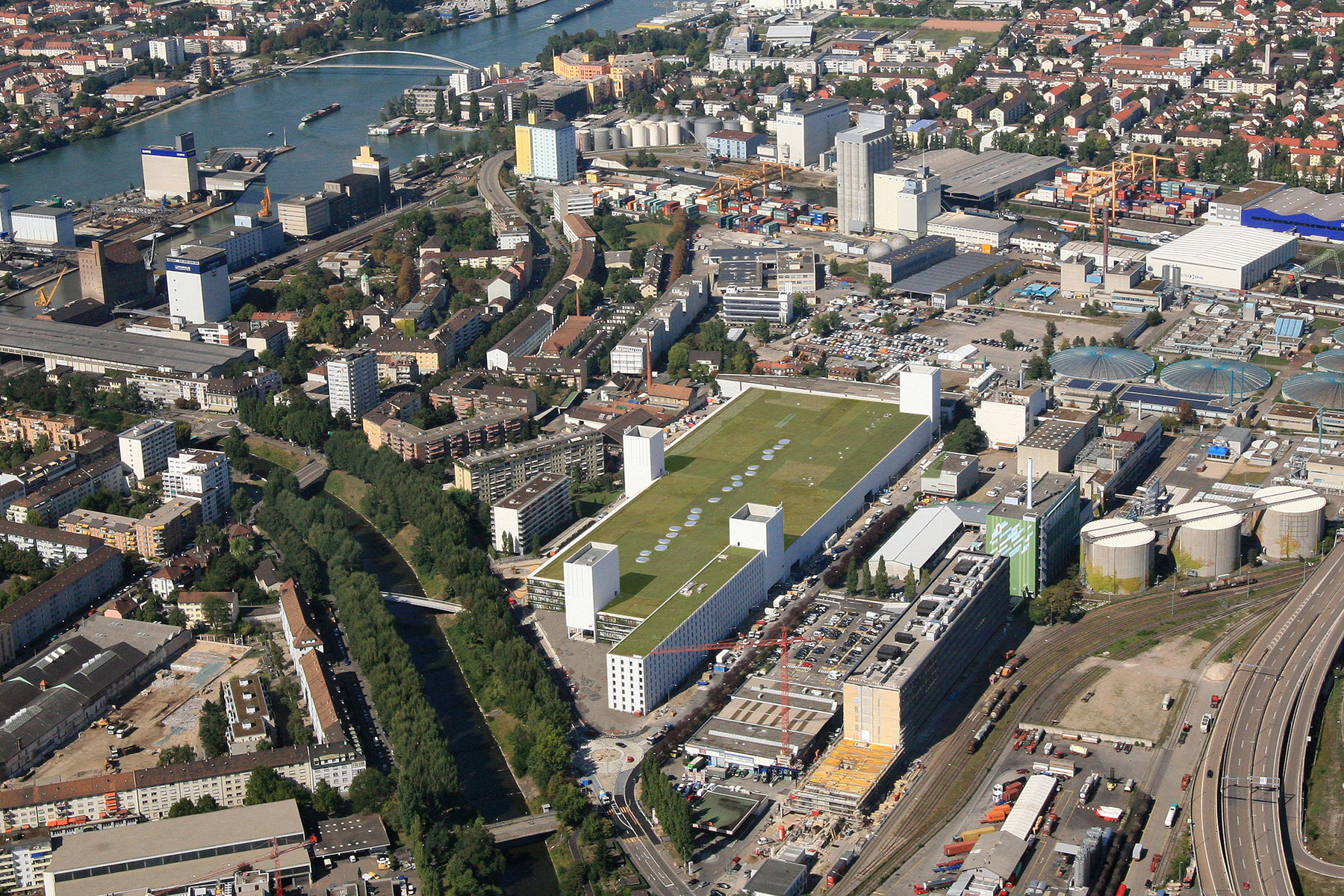 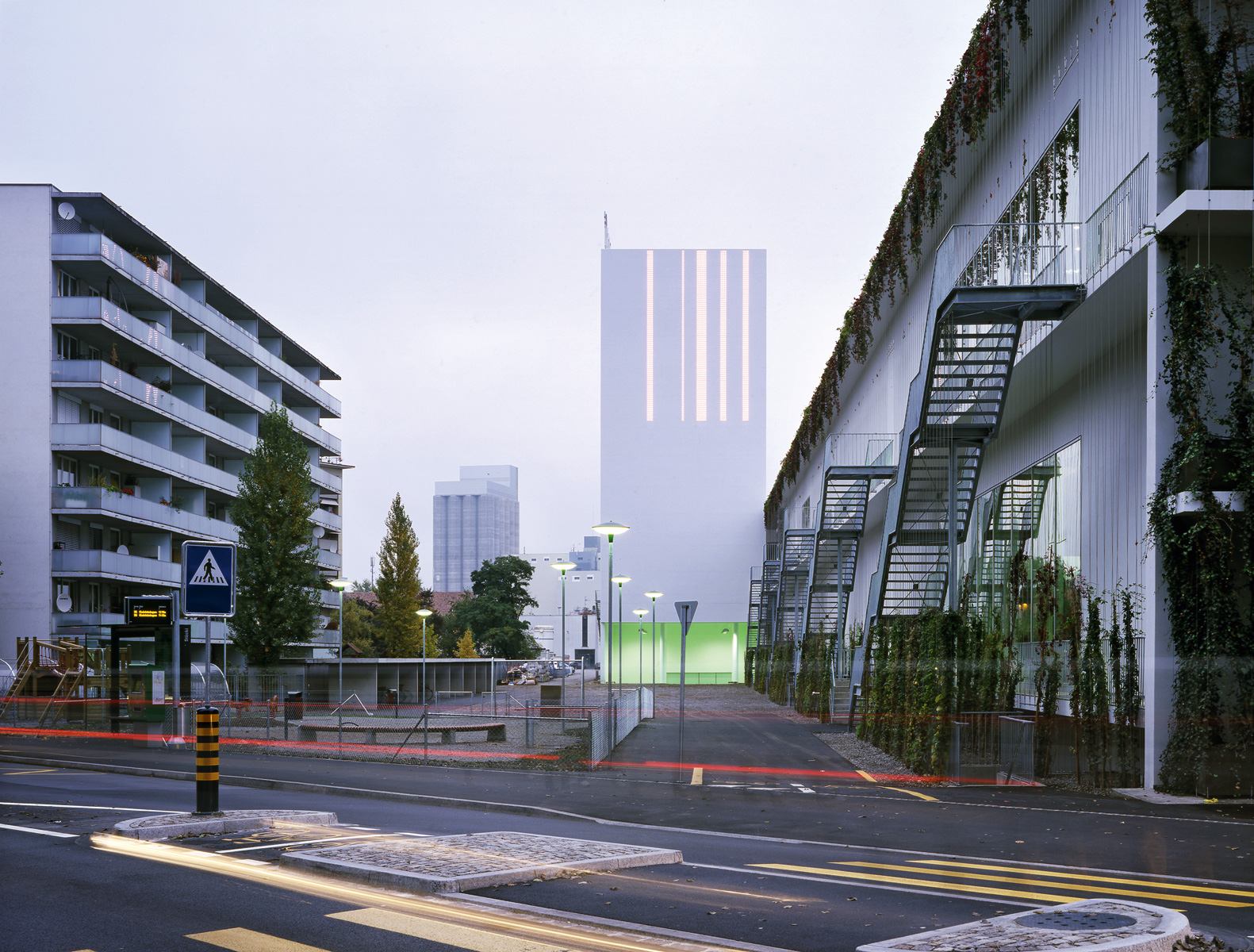 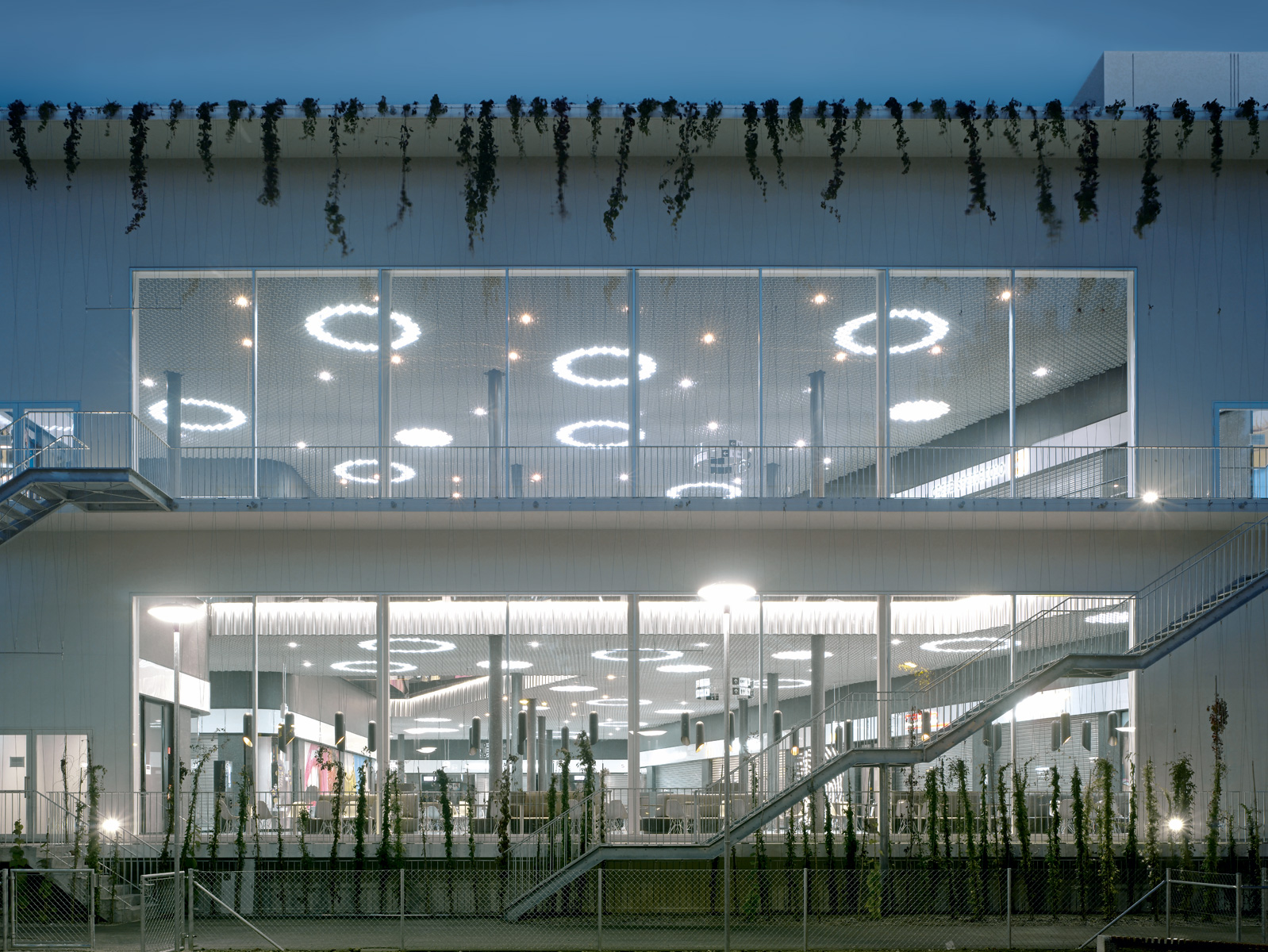 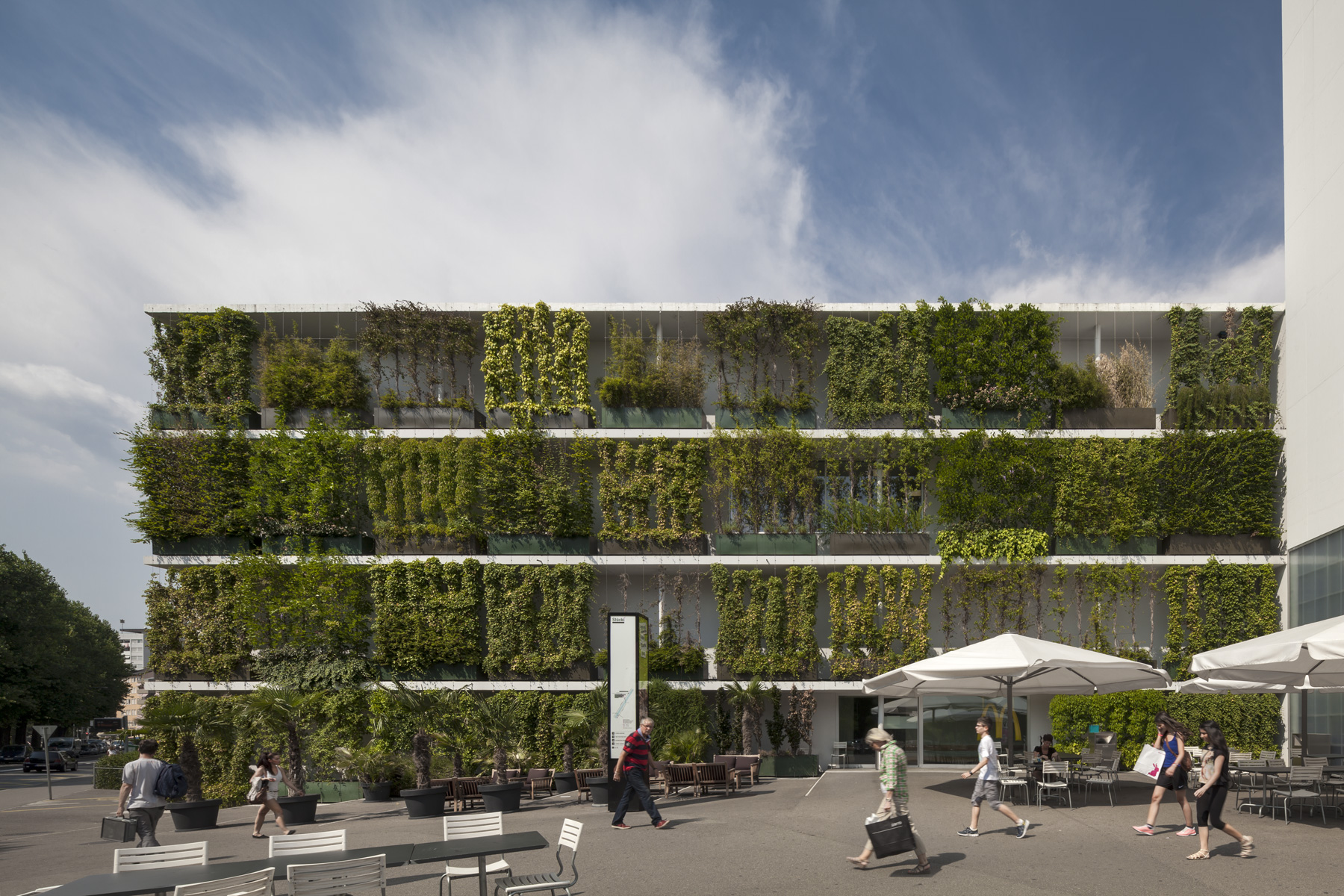 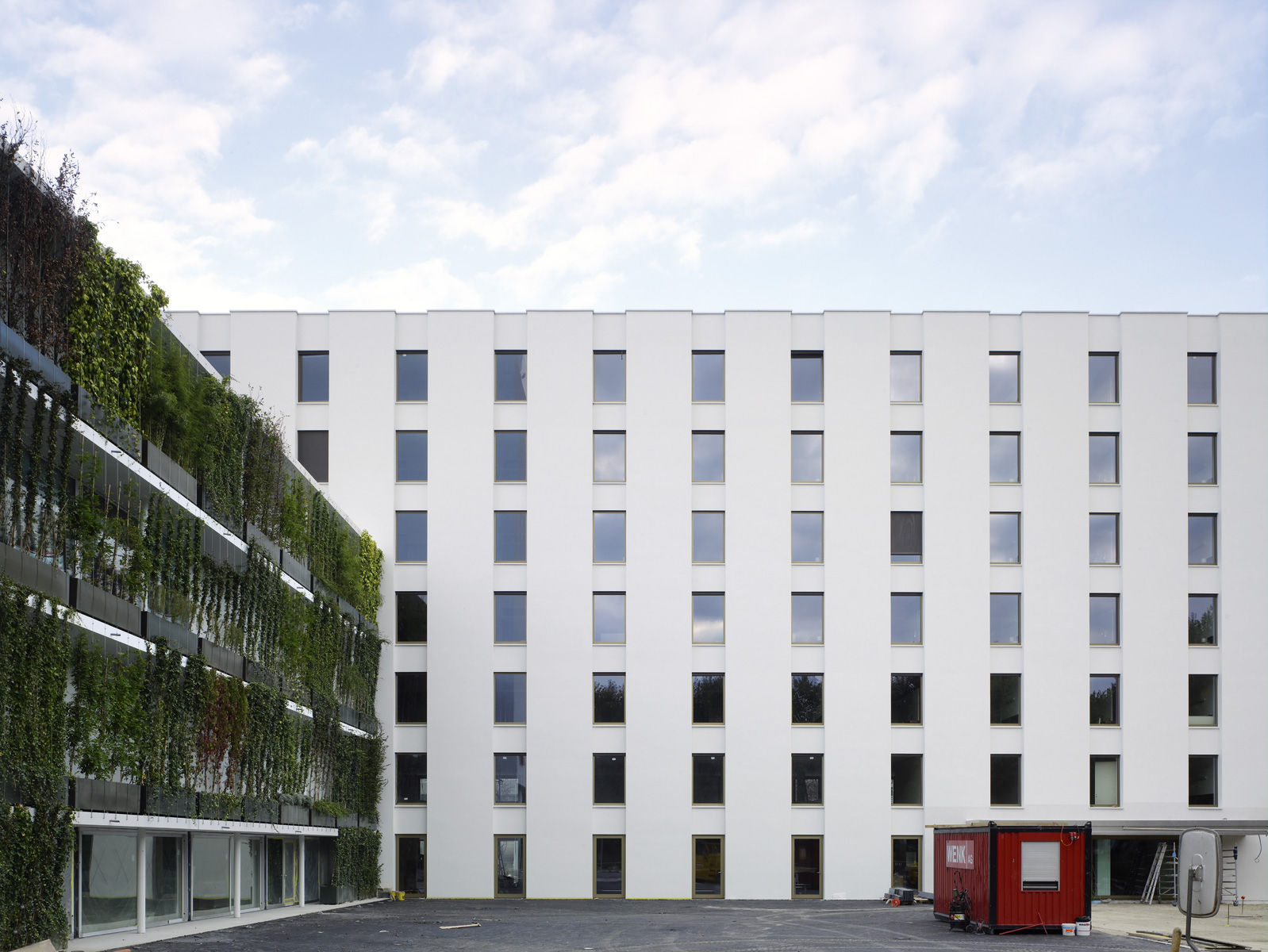 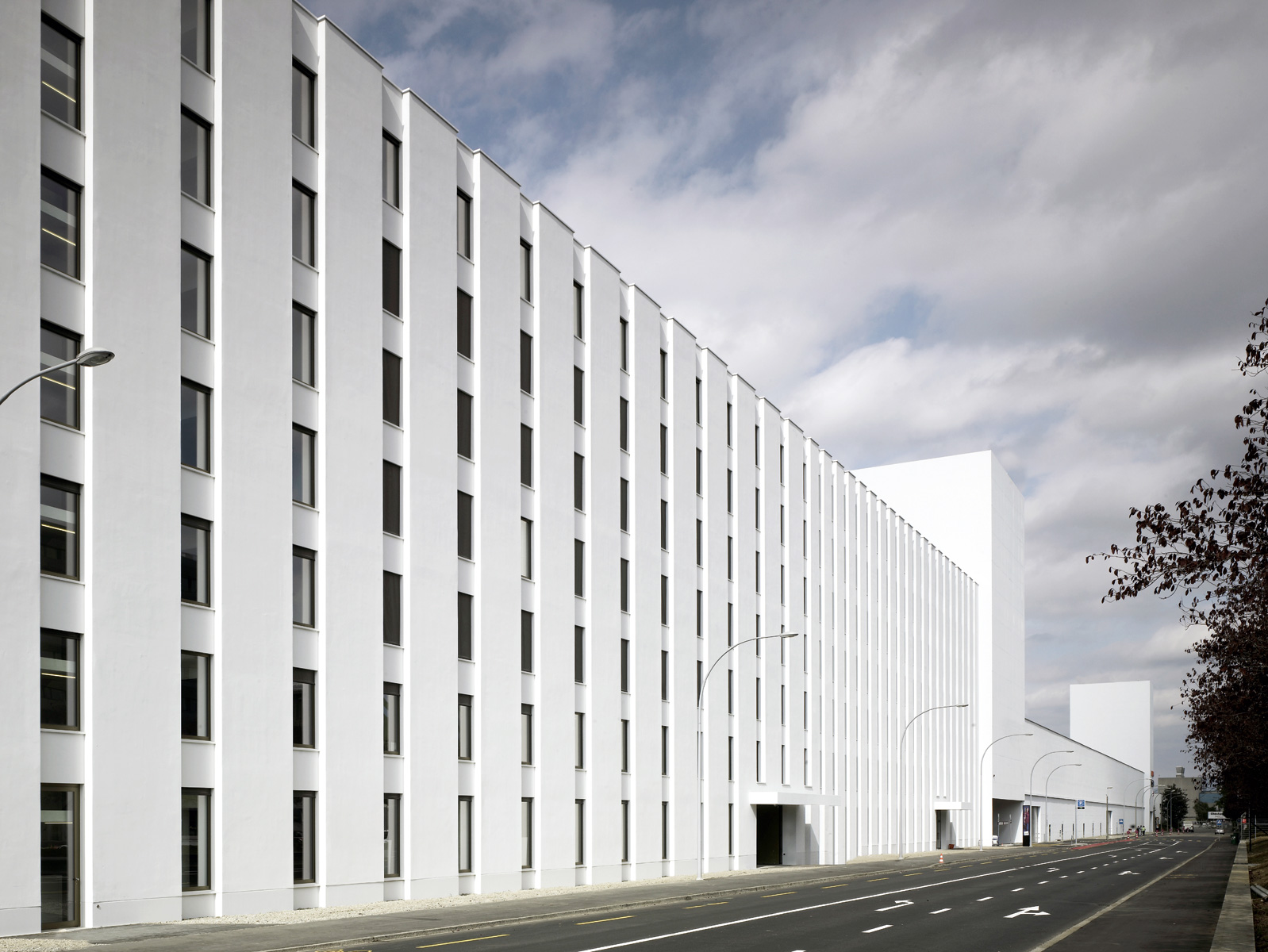 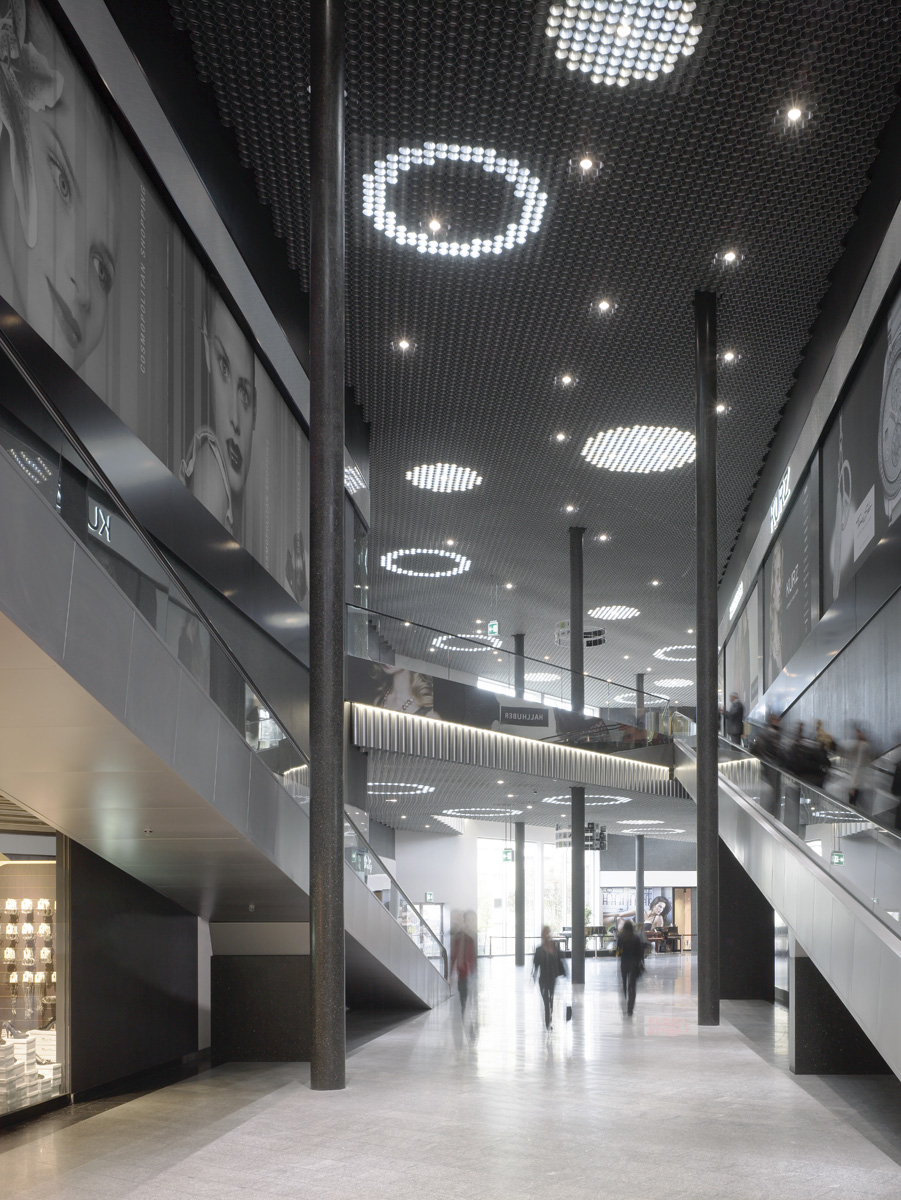 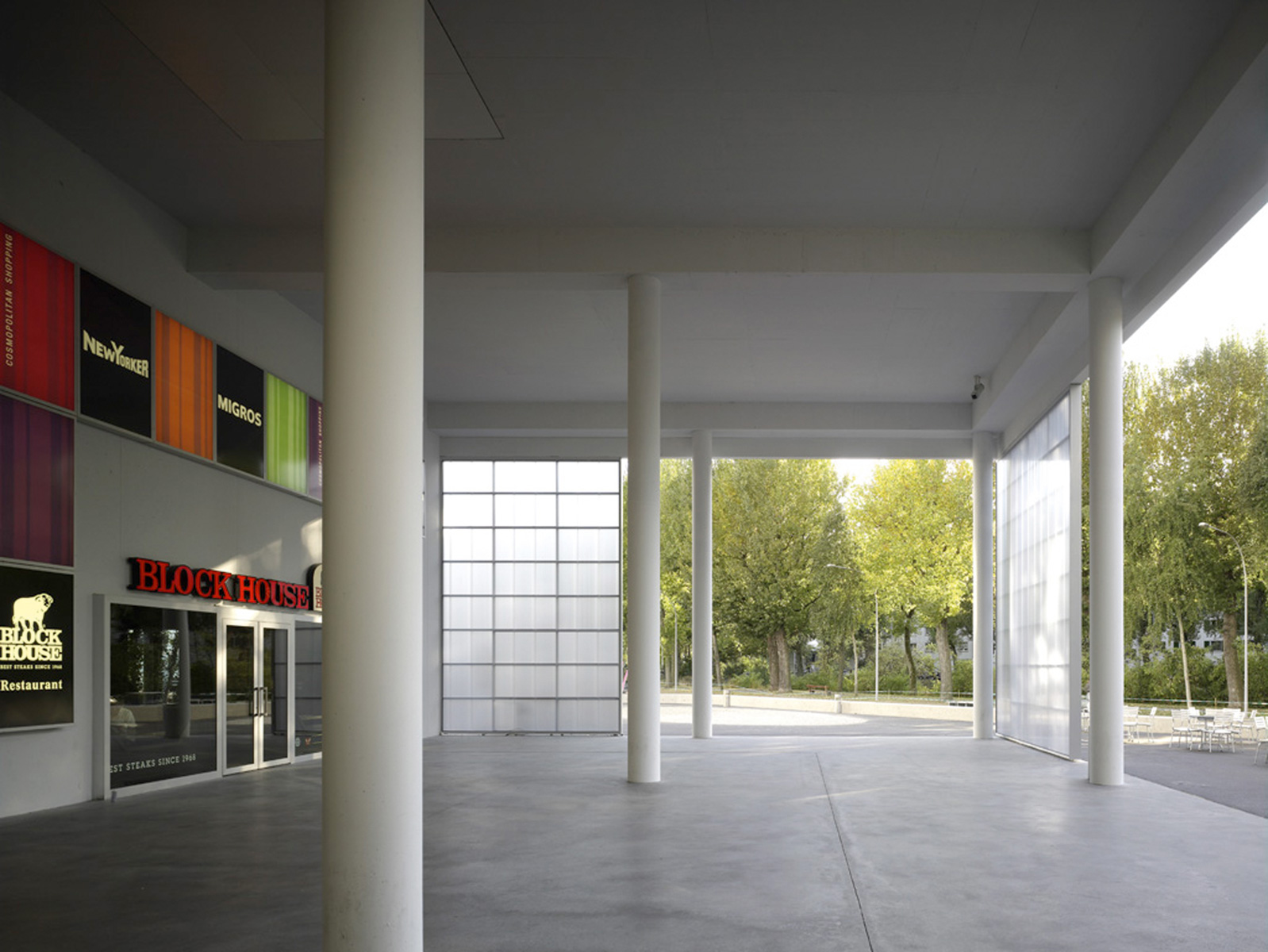