1986 marked the end of the mining operations industrial coal-mining complex in the Ruhr area, leaving behind the world’s largest coal mine. Now suddenly, the coal-washing plant, built by Martin Schupp and Fritz Kremmer and in operation since 1932, stood still. The determining factor for the shape, organization, and arrangement of the building’s cubic volumes came from the production sequence. This brought form and function together to an impressive whole: a skeletal steel construction with a steel framework façade constructed of cement and bricks and interspersed with a horizontal ribbon of windows that lie flush with the wall. For the Ruhr area and its cultural landscape with the conspicuous traces left by the rapid expansion of the coal mining industry, the coalmine industrial complex Zollverein XII gained significant symbolic importance.

In 1999, the launch of an invited competition to repurpose the coal-washing plant as Museum for Natural and Cultural History of the Ruhr Area was part of the structural change to transform the region (International Building Exhibition Emscher Park). Diener & Diener won first prize.

The design left the interior space of the machine room untouched. The aim was to both maintain and present the edifice as a key witness of this edifice consisting of a continuous and inseparable set of buildings, rooms, and machines to process and transport coal. With the unbroken continuity, the production site retains its power and effect, as if the machinery is just waiting to start up again. For a moment, time appears to come to a standstill inside the cold halls. For the visitor, there is great immediacy in the encounter with the building, the coal, and the machines – devoid of any didactic or interpretative layer. The remodeling of the building as a museum purposes becomes evident externally in the expansion in the form of additional floors. This superstructure, housed in a frameless structure of cast glass, follows the rules of form, construction, and material inscribed in the existing volume, merely changing its height while maintaining the contours of its structure. The supporting structure of the superstructure seeks to relieve the bending moments within the existing and thereby avoids the need for reinforcements. This would ensure the coal-washing plant of the industrial coal-mining complex Zollverein XII continues to serve as the architectural framework for the Ruhrmuseum. As such, the original building would remain a beacon within the region, requiring neither any imposed extraneous structures nor any symbolic signs of change.

In the process of preparing the application document for the industrial coal-mining complex Zollverein XII to be listed as a UNESCO World Heritage site, a status conferred on the complex in 2001, the reconstruction project was dropped. The official reason stated that the additional floors would diminish the prominent quality of the headframe and accordingly its prospects to achieve world heritage status. By contrast, leading German proponents for the preservation of monuments voiced their support for the manner in which Diener & Diener’s handled the industrial monument.

Subsequent to OMA’s 2002 master plan for the coal-mining industrial complex, the coal-washing plant was converted into a visitor’s center designed by OMA and Böll & Krabel. It was opened in 2010. 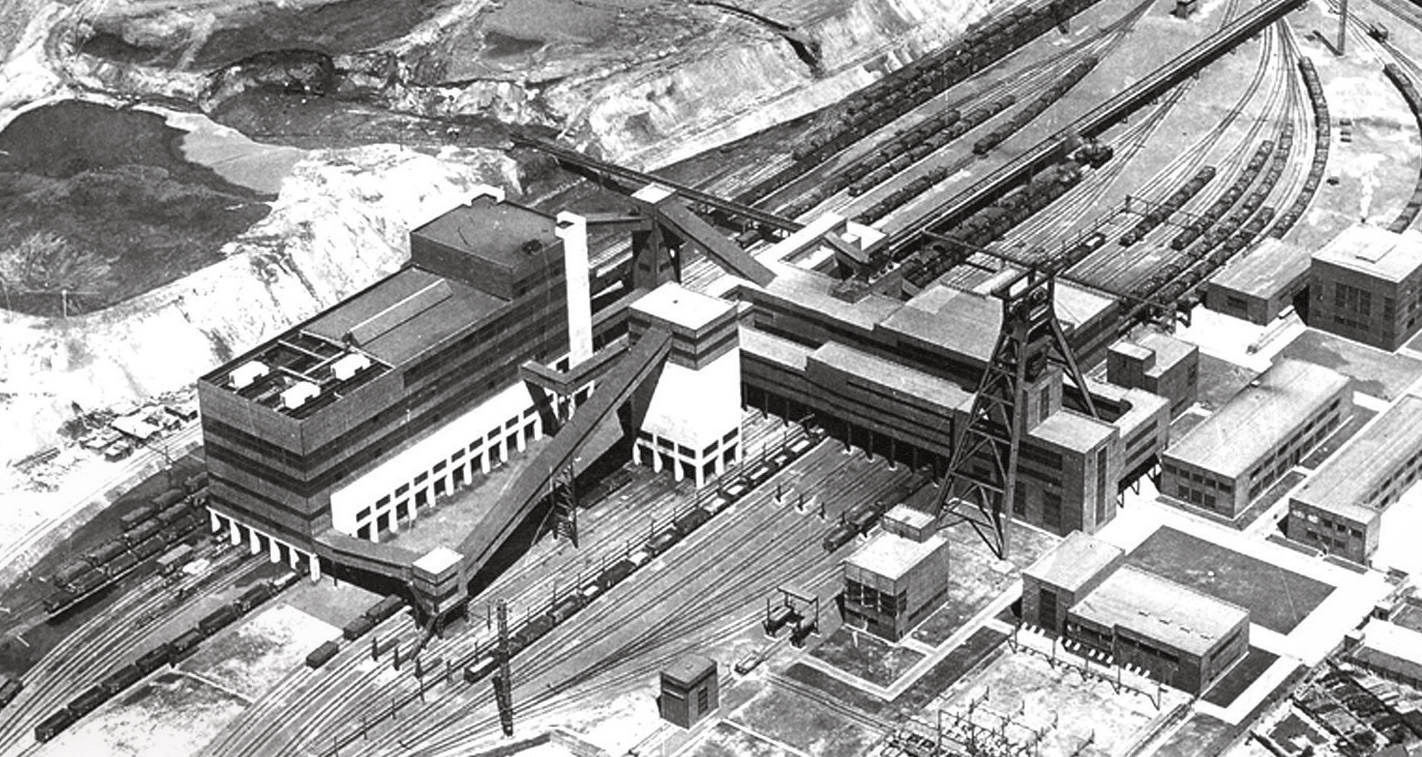 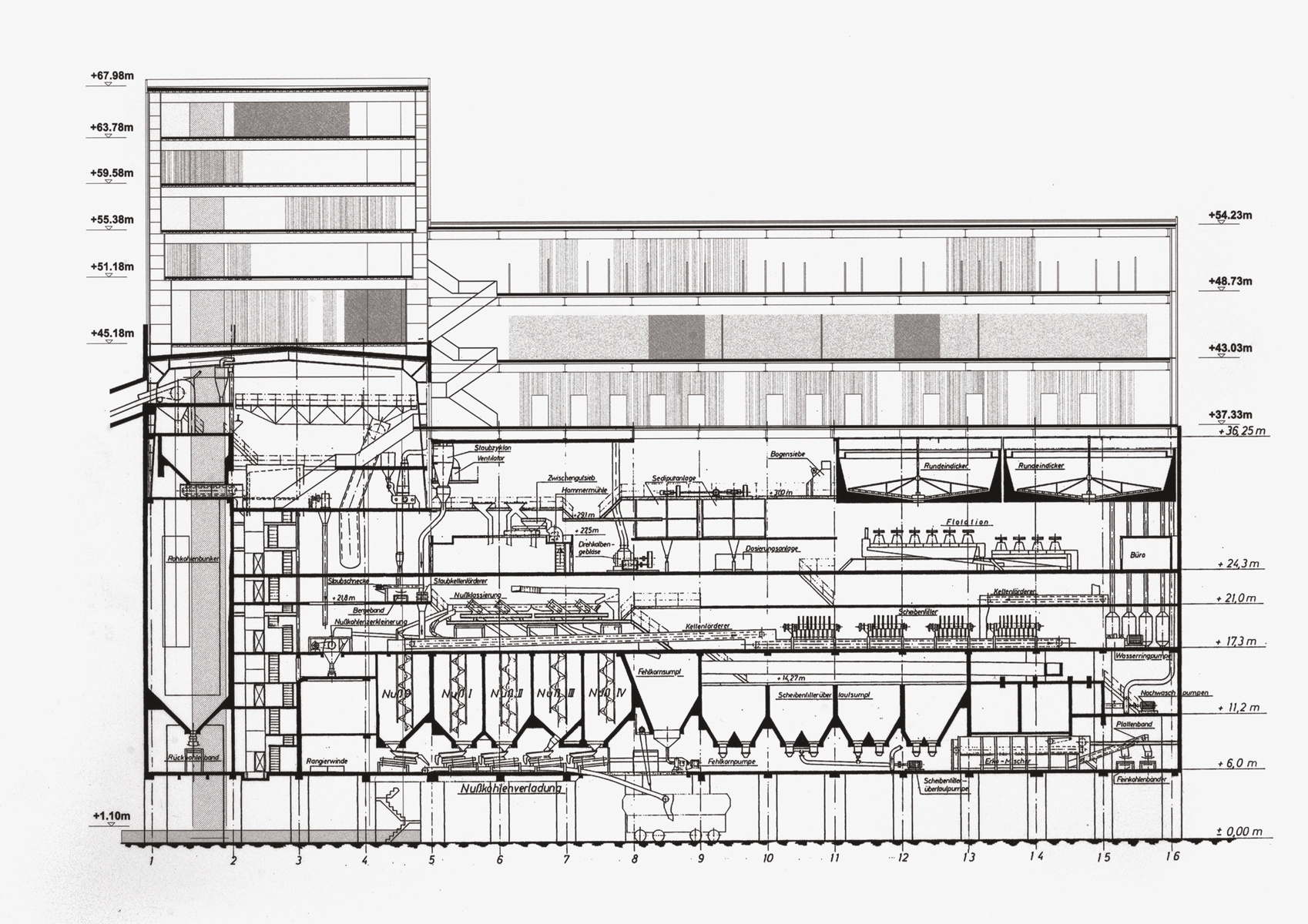 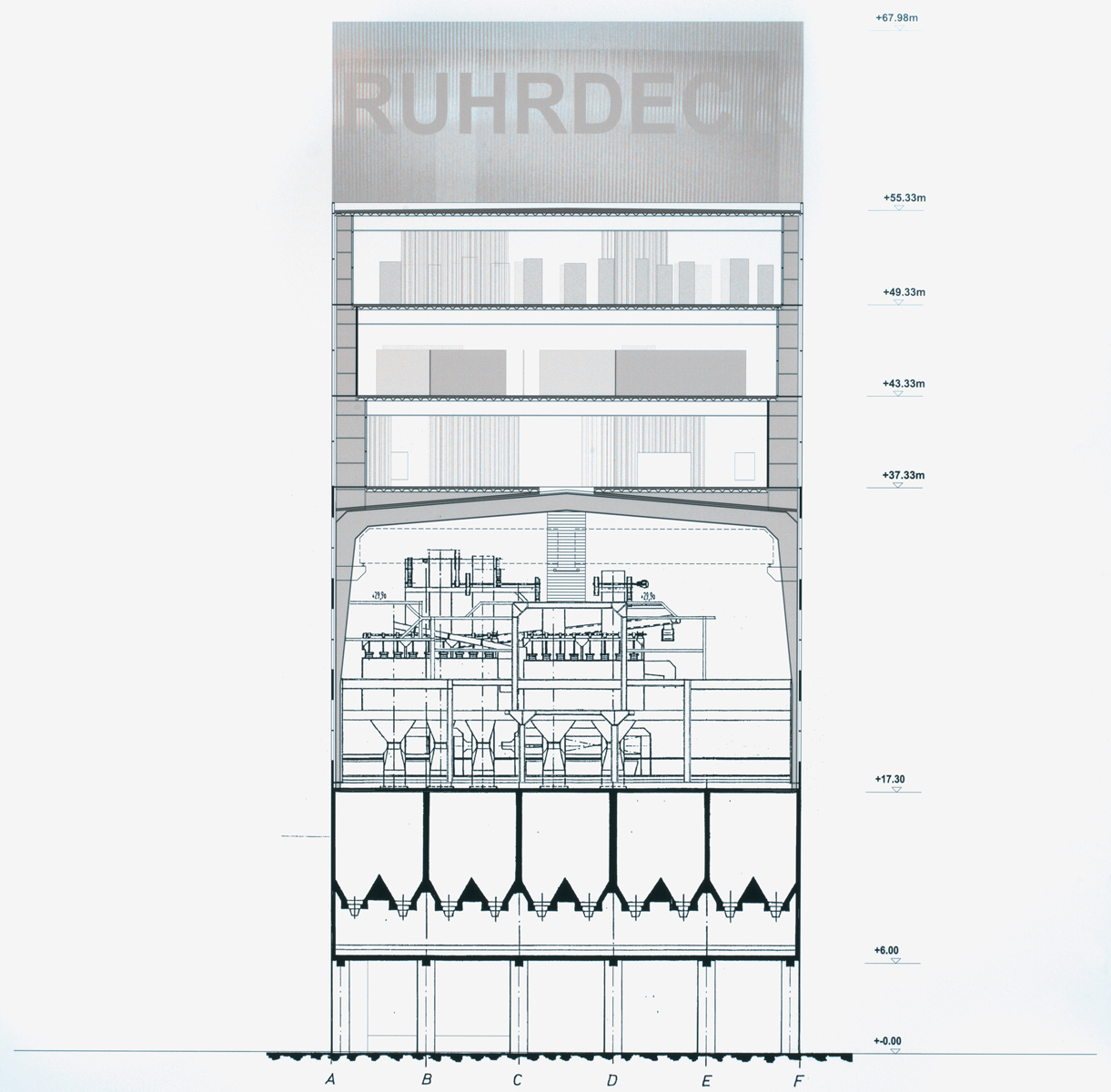