The Richti Wallisellen complex is part of the Glattal development in northern Zurich. The complex itself inhabits former industrial land, which is situated between the railway station and shopping center and which had lain fallow for twenty years. 1200 apartments as well as numerous restaurants, cafés, and shops were built here between 2007 and 2014, creating 3500 jobs. At first glance it would seem as if the Studio di Architettura had reconceived the Wallisellen development site as a built-up nineteenth century European city. However, from the outset the architectural design office had not simply considered this individual building site as a single development standing adjacent to five other high-rise buildings. Rather, it saw this individual building site as an opportunity to reconsider and reevaluate the perimeter development found in traditional cities in a real world environment. To this end, the plans Vittorio Magnago Lampugnani drew up for the urban development play on the differences that exist between the distinct buildings.

The design plan specified a residential usage for the Favrehof, with its surface area spread out across the building’s five floors and one recessed penthouse. Passageways with generous dimensions connect the different interior courtyards to the overarching layout with its garden areas and external spaces. The first floor shops face the Richti Arcade.

The condominiums and studios all look out onto the courtyard, allowing each apartment to have its own, generous Loggia or roof terrace. More than forty different floor plans distinguish between the 118 apartments, with each unit having between 1.5 and 5.5 rooms.

The living areas consist of so-called floor-through rooms. These either have a room that provides light from two sides or combine with the kitchen to create a continuous space that runs the length of the façade. The one extraordinary feature common to all rooms is the consistent height of 2.8 meters.

The courtyard façades and the façades facing the Richti Arcade convey the sense walls dissolving and create a lightness that stands in contrast to the weightiness evoked in the street facing façades with their light-colored plaster and contained appearance. With the loggias, these façades gain spatial depth.

Josef Felix Müller, the Swiss sculptor, graphic designer, and painter, designed a continuous frieze that adorns the street façade, and which reappears as an ornamental molding above the apartment doors. The artist applied the frieze to the wall surface between the shop windows, which are themselves setback into the natural stone surface, and to the wall surface between the apartment windows. With this residential development of Richti, an entire neighborhood is created at a single stroke. All at once, this area will become home and community for very many people. The dry walls of Müller’s frieze reflect on the reality of new settlements. In the process of urbanizing newly cultivated areas, the border markings of these settlements at once create connections and divisions between the fields as they emerge within a landscape. 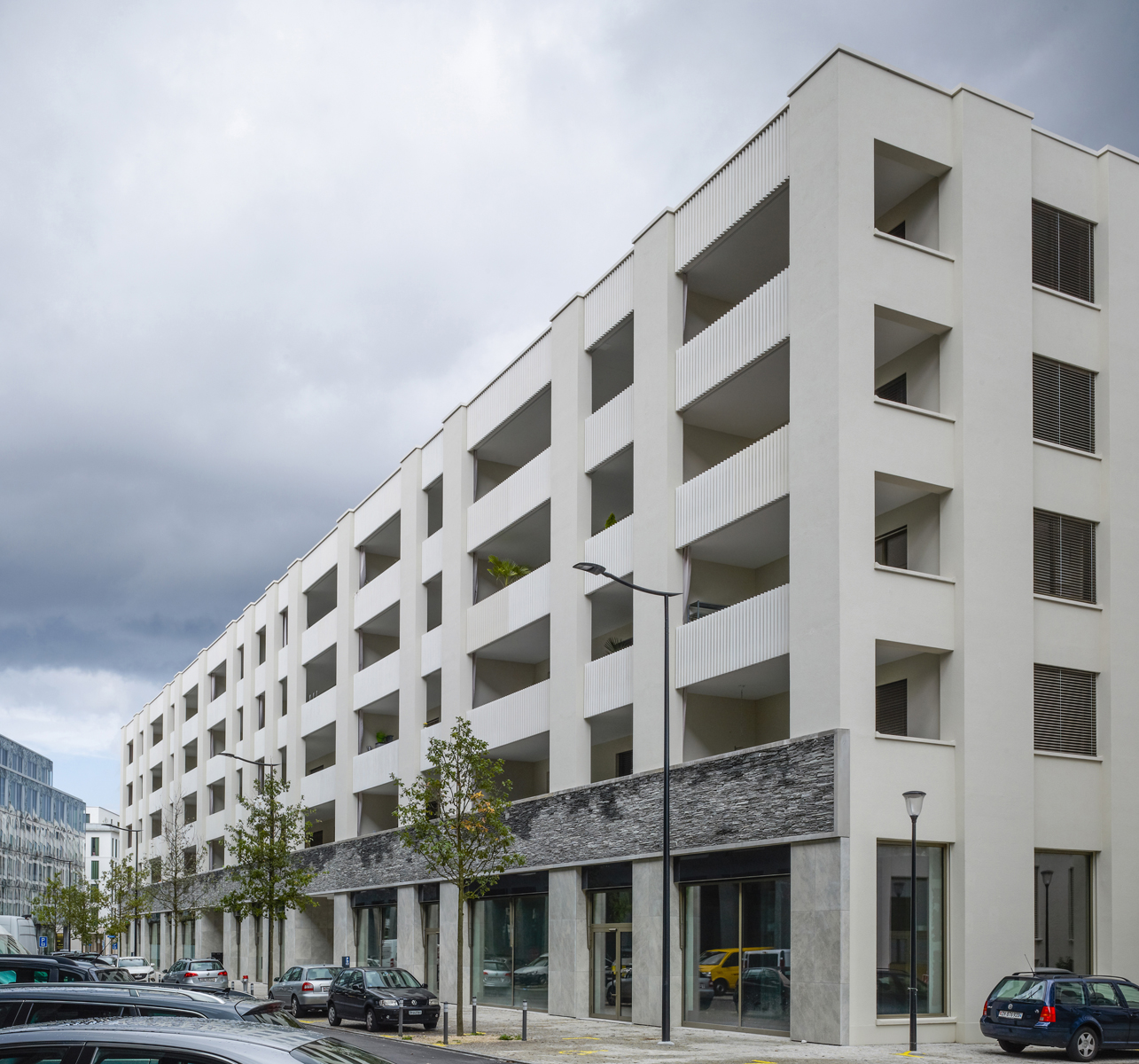 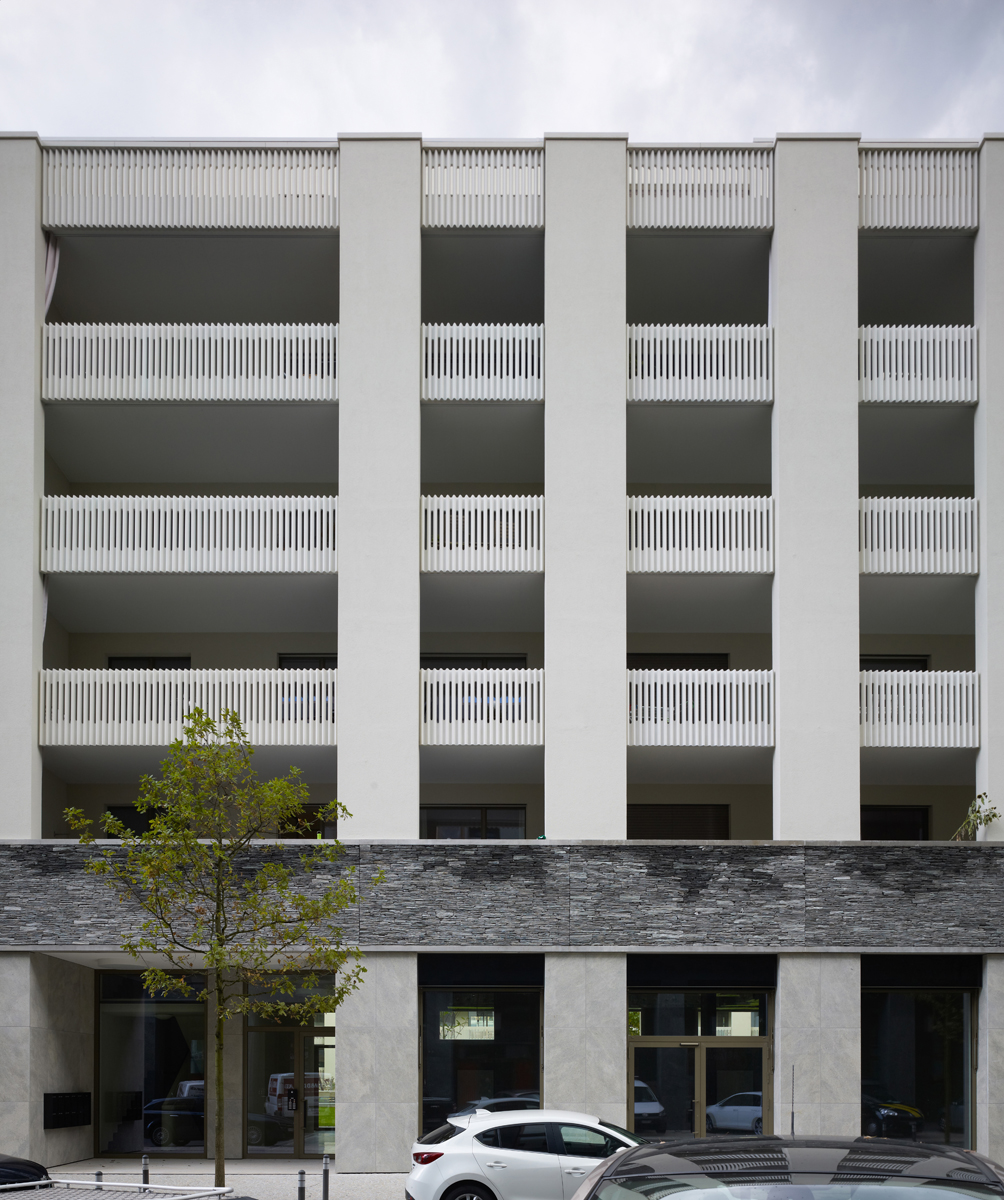 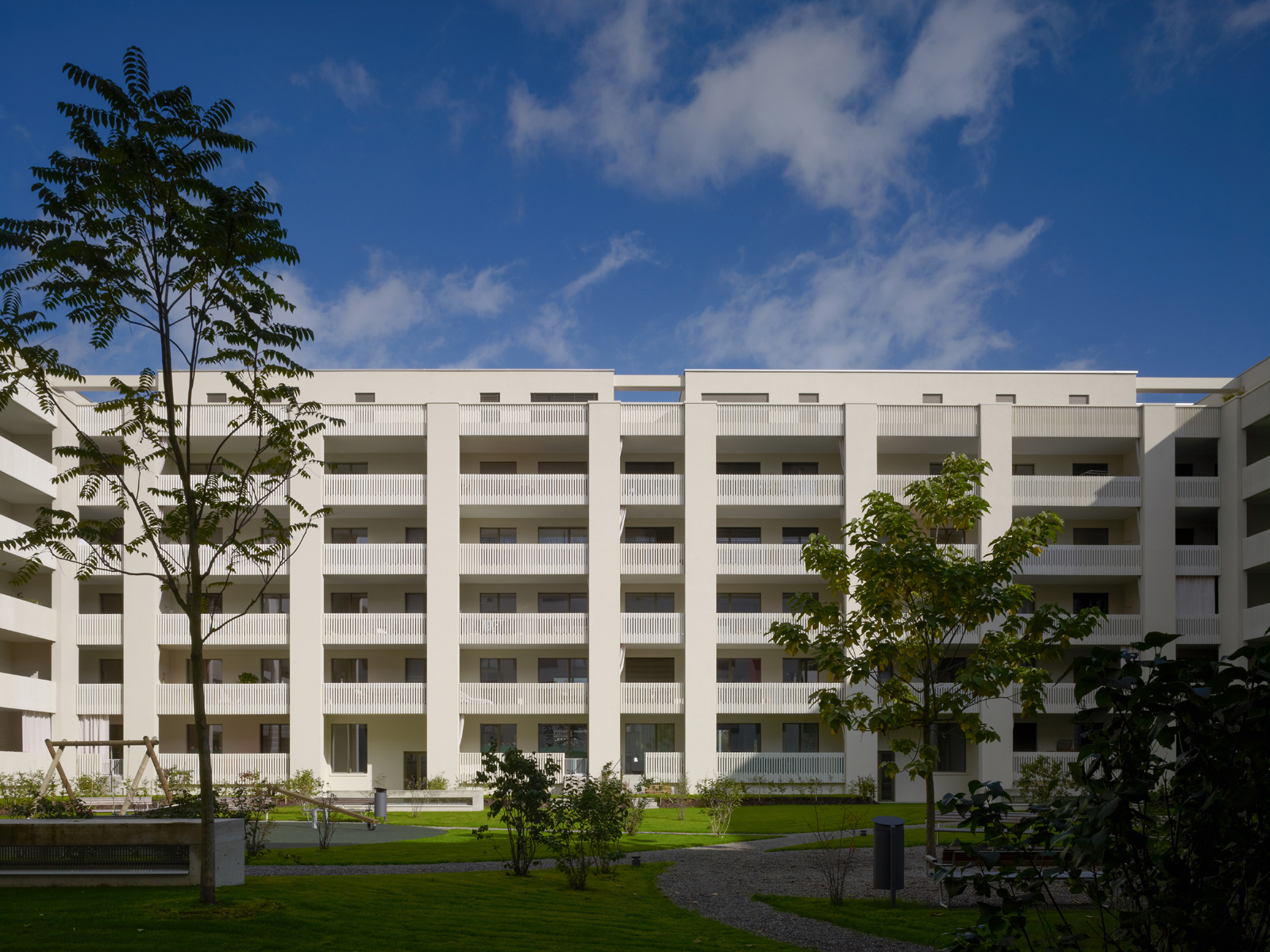 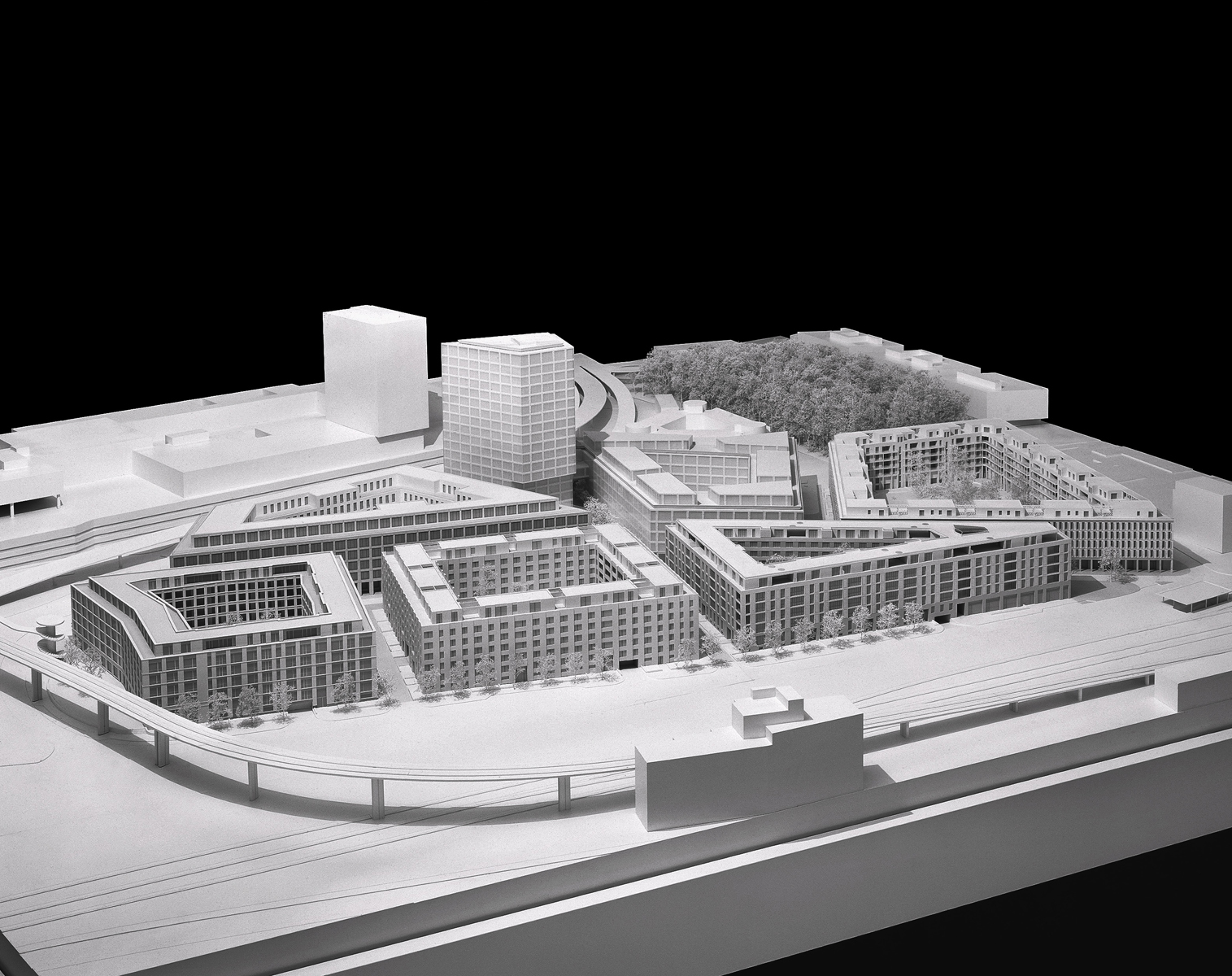 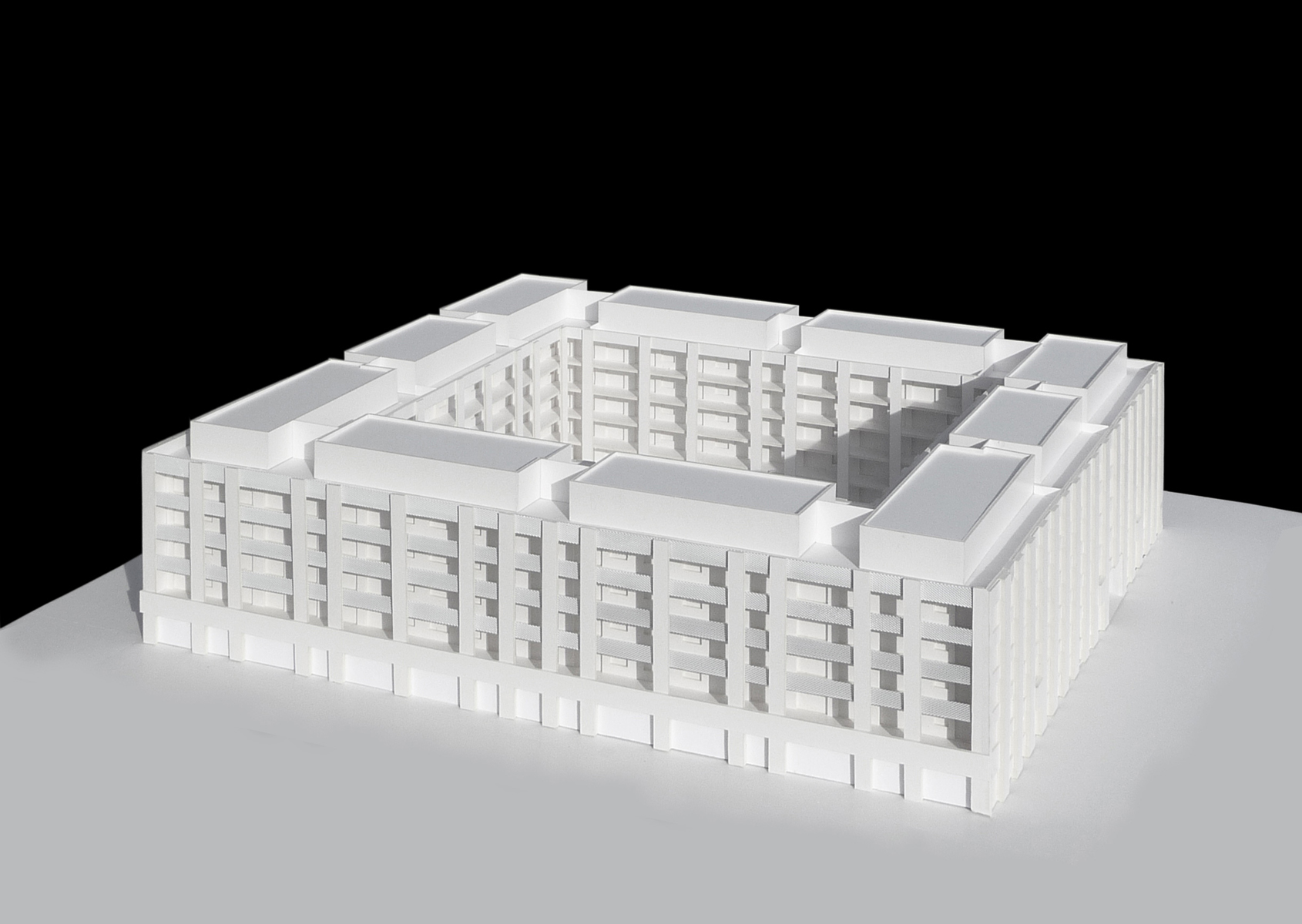