The 'Parc du Hamoir', a 1.5 ha site is located on a small mound, on the prestigious Avenue Hamoir avenue in Uccle, near Brussels.

Reminiscent of the Brutalist tendencies of the 1950s and 1960s, the five-story building of the former BASF headquarters has been converted to house 64 large apartment units, surrounded by the century-old trees. The base level, previously half buried in the ground, was transformed into an entrance floor and houses the lobby. Existing columns were integrated into the walls and still trace evidence of the building's previous use. The new architectural language is using different colored marble cladding and plant geometries.

Respecting the existing staircases and elevators, several entrances and halls were inscribed in the existing structure, forming a "rue intérieure". This enabled the creation of addresses within the building that counteract the typical length of the original corridors.

The characteristic exterior horizontality of the office wings are reemphasized by the loggias which run the whole length of the building. The vertical staggering of the building is kept. Thus, the transformation of use is reflected in the exterior appearance in a restrained manner.

The apartments each comprise of at least 30 m² of the wooden decks that are placed in front of the façade. The convex and concave shapes of the loggias result in a movement that breaks the horizontal lines. The polished surfaces of the granite-clad walls and the large windows provide a vast reflection of the trees. Thereby, the boundary between interior and exterior is blurred, leading to a close relationship with the landscape in the perception of the residence. The contrast between the dark colors and the golden railings is of refined effect. The details to support the privacy of the residents have been carefully thought out, both in technical terms - for example, reinforced sound insulation - and in aesthetic terms as well. Compared to the top floor with 6 apartments, the regular floors are divided into 12 apartments. The division of the volume by the apartment walls are invisible to the exterior. The reconstruction concept for all apartments would foresee the qualities that otherwise only the uppermost penthouses have, and contribute to the feeling of spaciousness and expanse: open spaces which convey the proximity of the garden and living spaces that are completely embedded in the treetops or float above them.

In the current state of the site, the park becomes neither fragmented nor unrelated to the apartments as the environment of the residential building. It was supplemented by individual gardens that form a natural transition between the residential area on one side and the collectively used park on the other. Vogt Landscape Architects were responsible for the design. 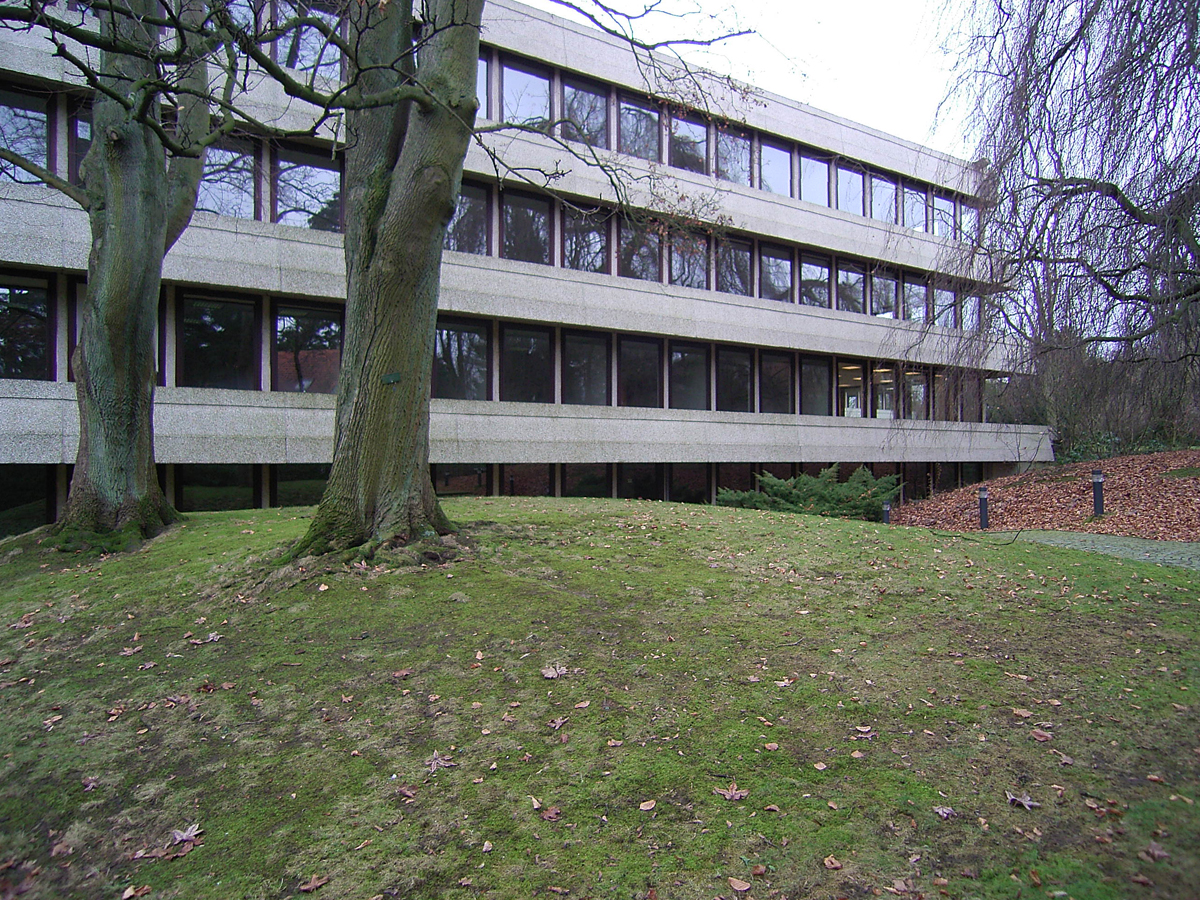 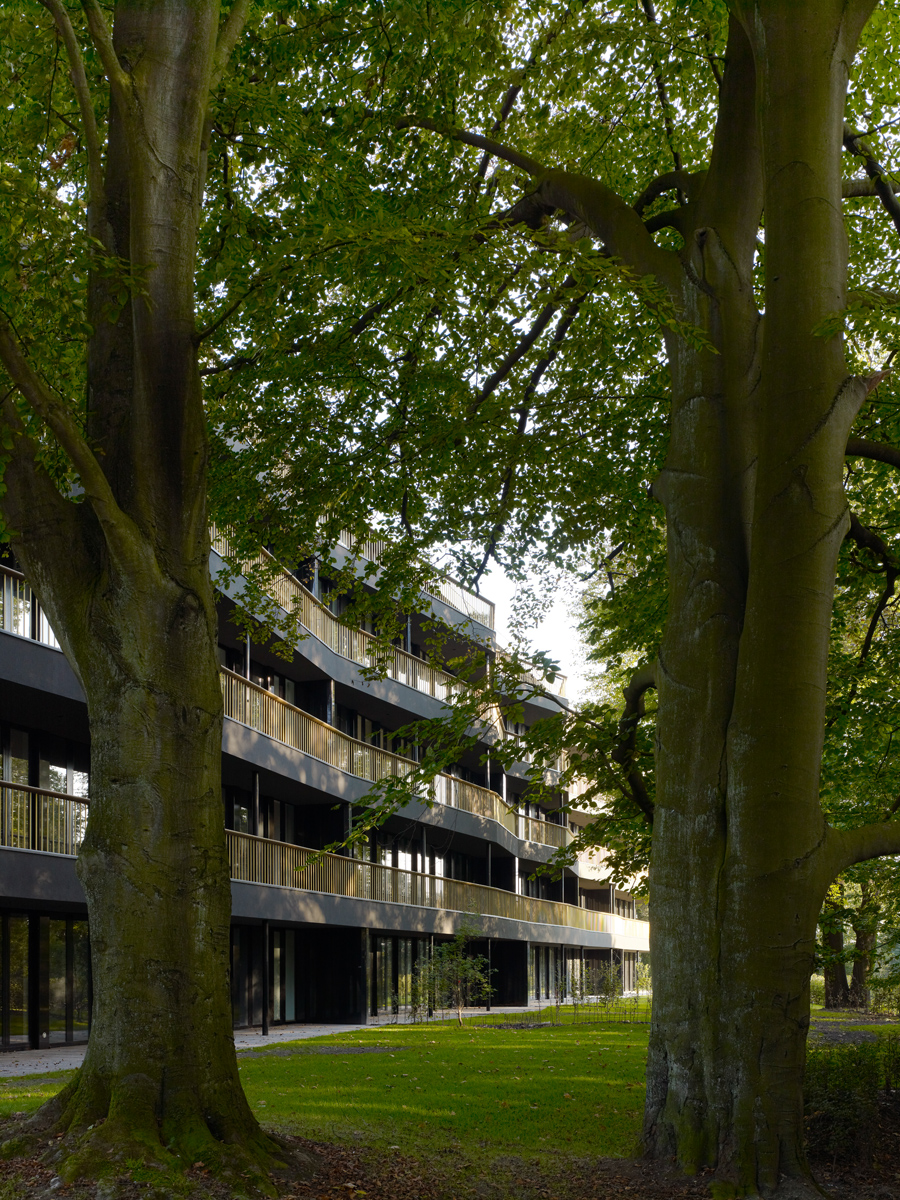 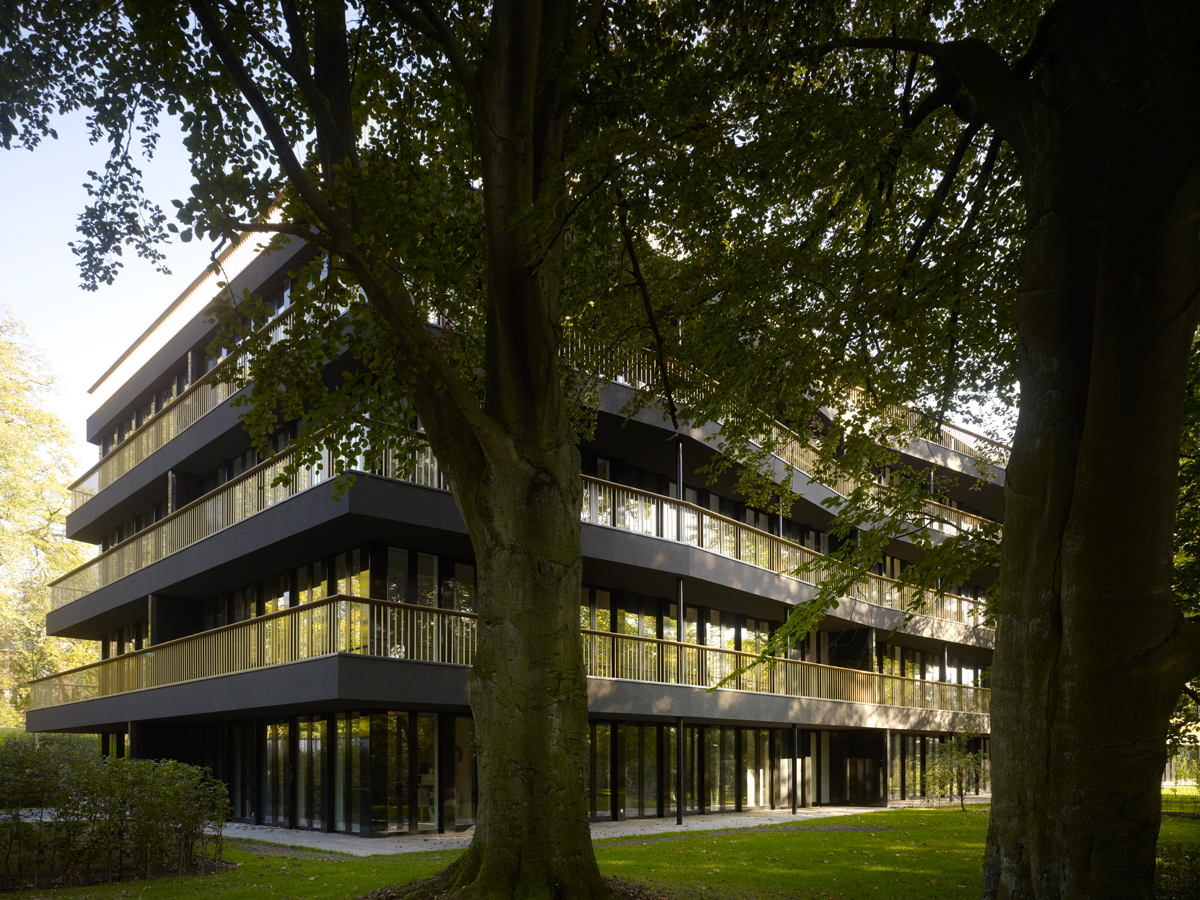 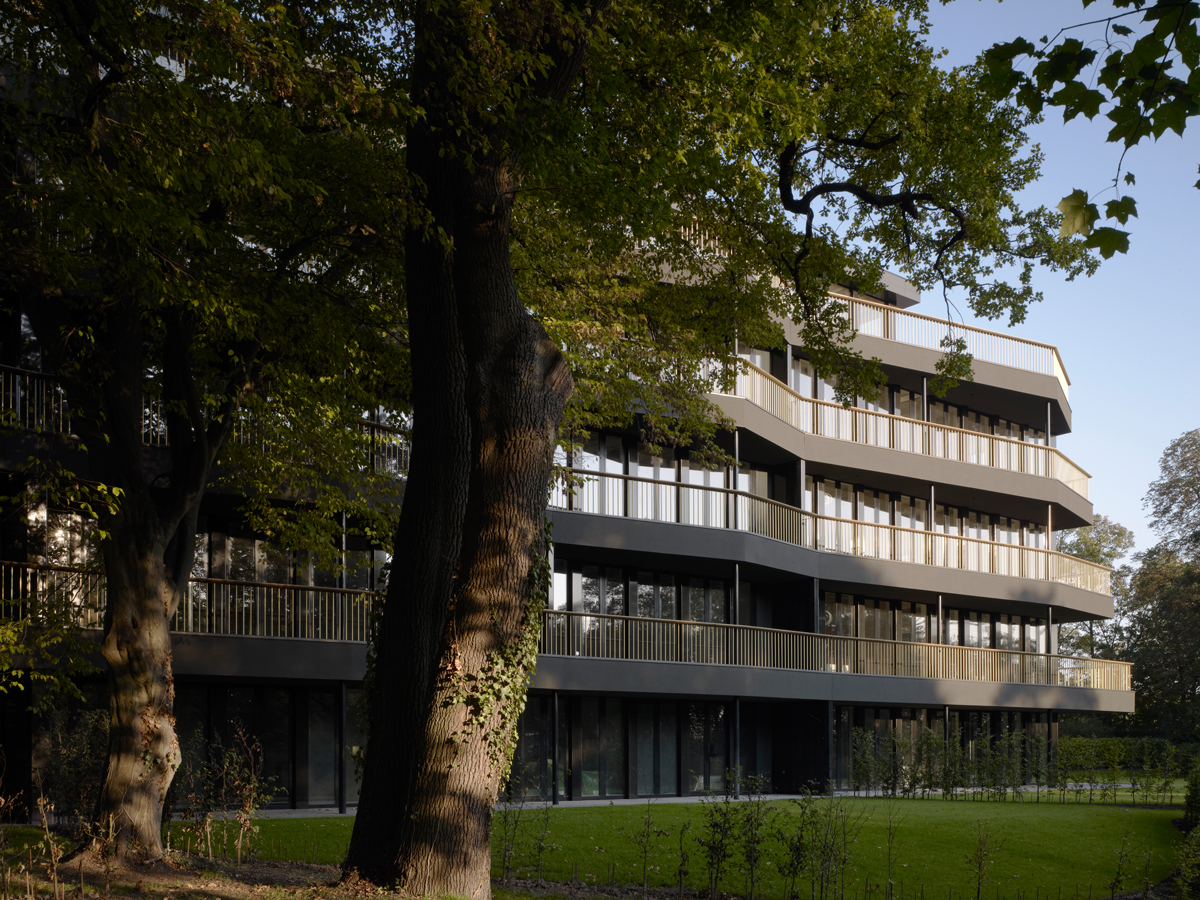 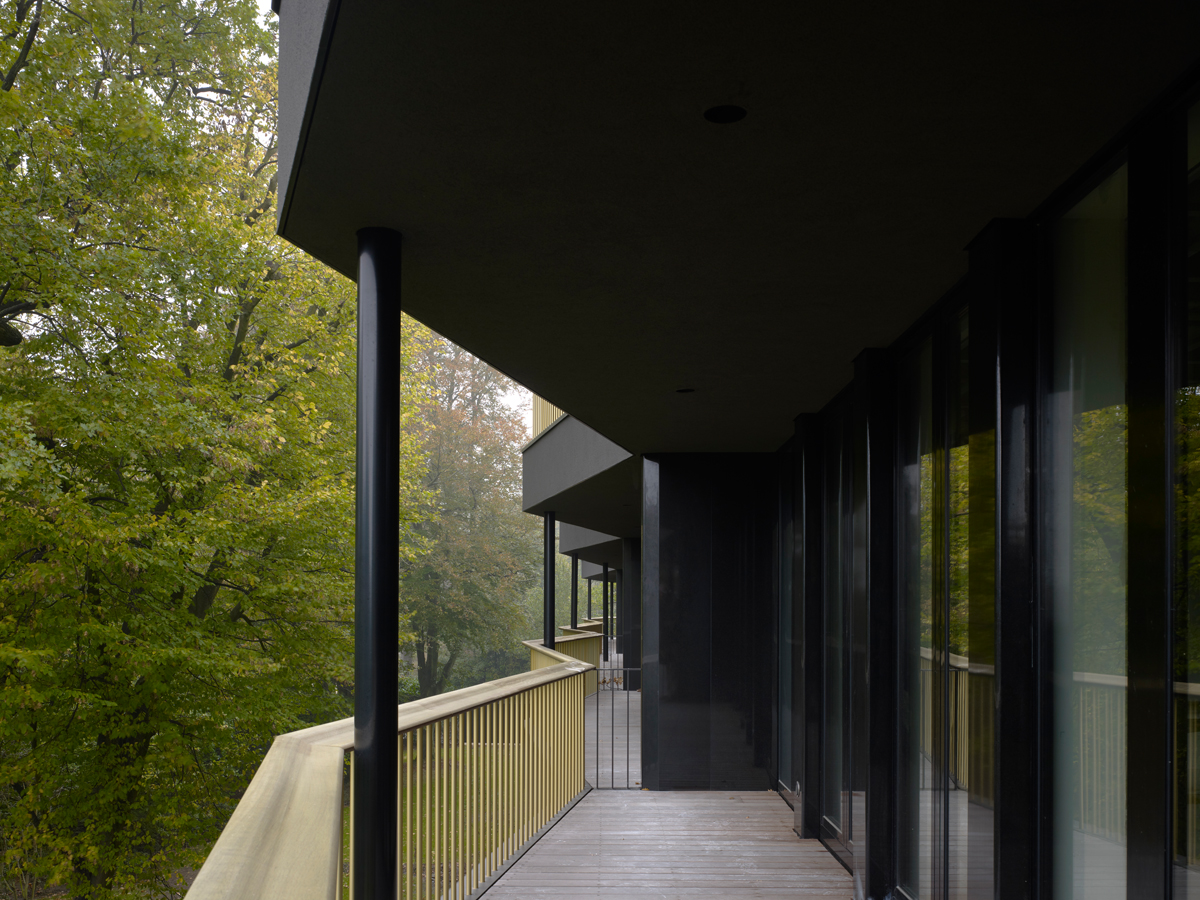 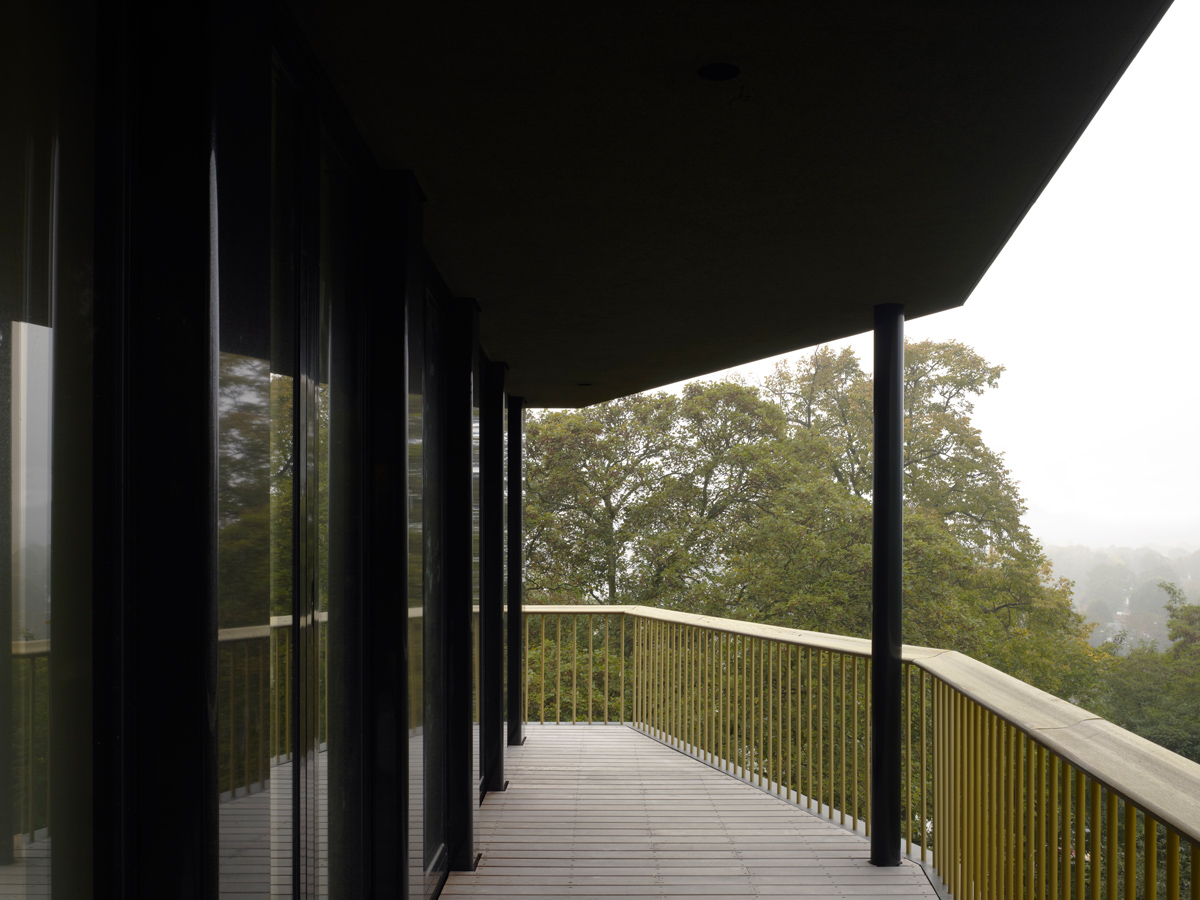 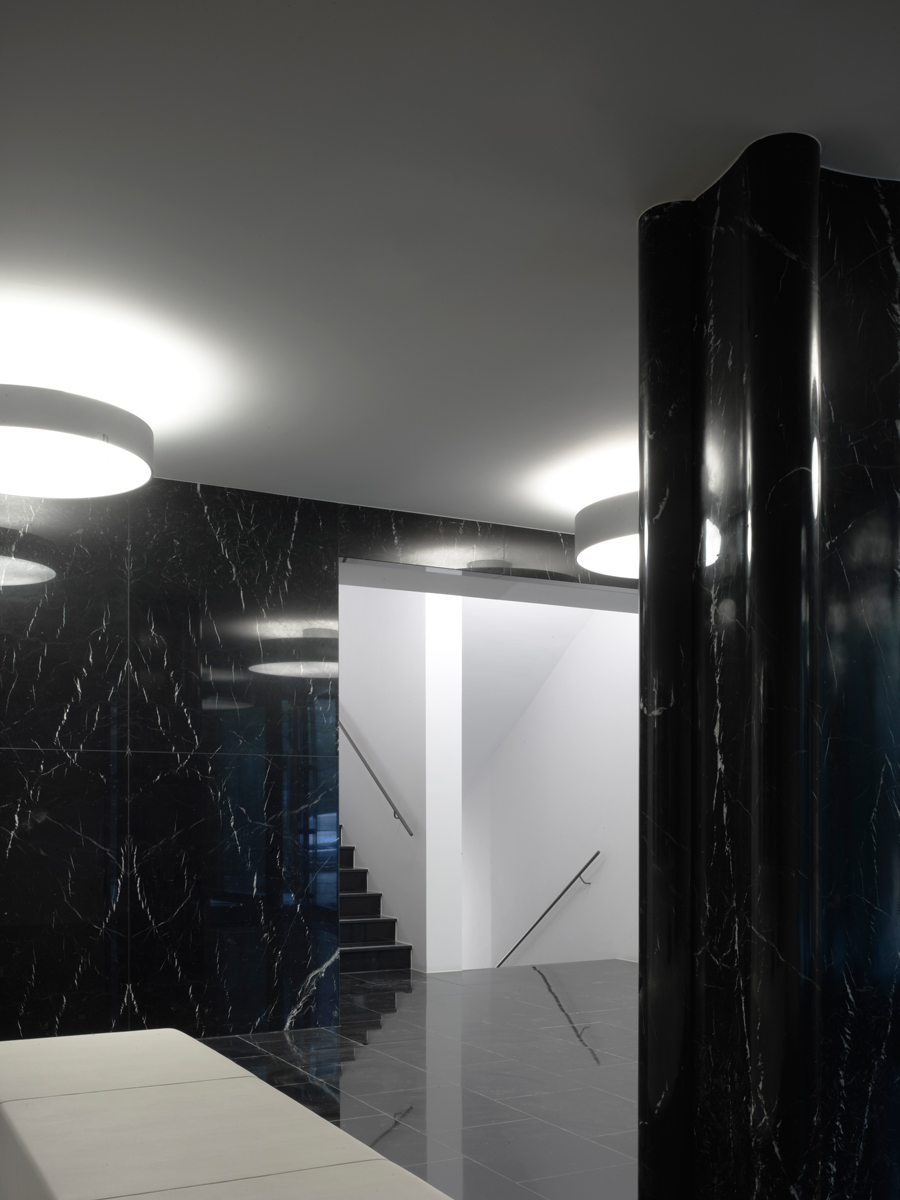 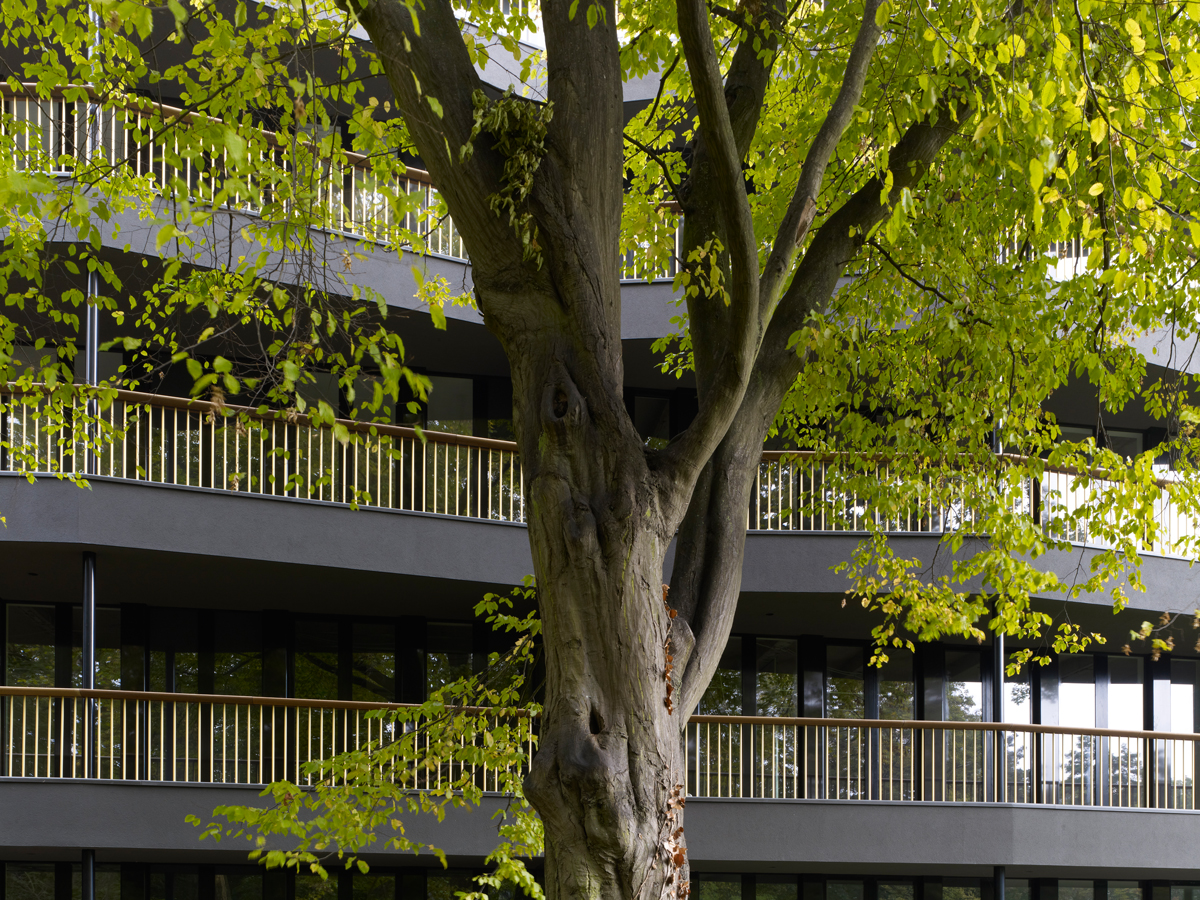