The six-floor building inhabits a 65-sqm-corner plot on the margins of the heavily trafficked Barfüsserplatz in the Basel’s old town. The two façades of the building measure a mere 8m. They envelope a stairwell and an approximately 40-sqm room on each floor. The external walls are made using yellow dyed concrete. There are no zoning elements or hierarchic structures. Only the overly large panoramic windows structure the façades, their horizontal rectangular openings staggered in relation to each other. This produces a subtle dynamism, a minimally rhythmic play, which is, in turn, turned balanced by the static calm of the closed wall surfaces. With its cement façade conveying a thick materiality and its windows defining clear-cut perforations, the building imposes an immediate presence.
The building does not so much serve to underscore the urban corner; rather “it defines the corner.” (Martin Kieren). An internal stairwell connects the first and second floor of the retail space, while the two floors above house offices and the fifth floor is a studio apartment.
The load-bearing façade is constructed to use the least amount of floor space, measuring 36cm in thickness: the 22cm layer of cast-in-situ cement masks a 10cm insulation layer, while a 4cm thick stucco wall concludes the wall internally. 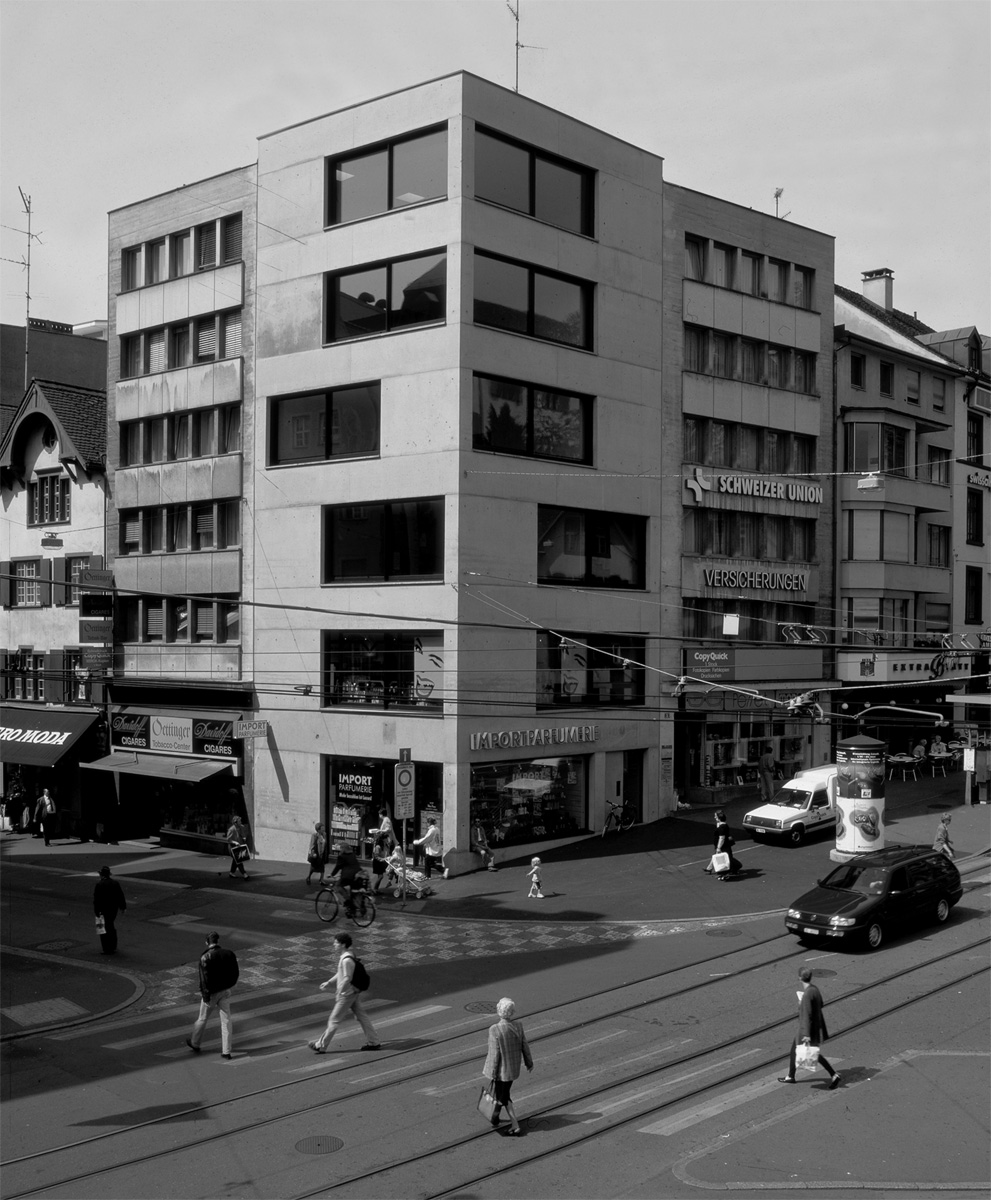 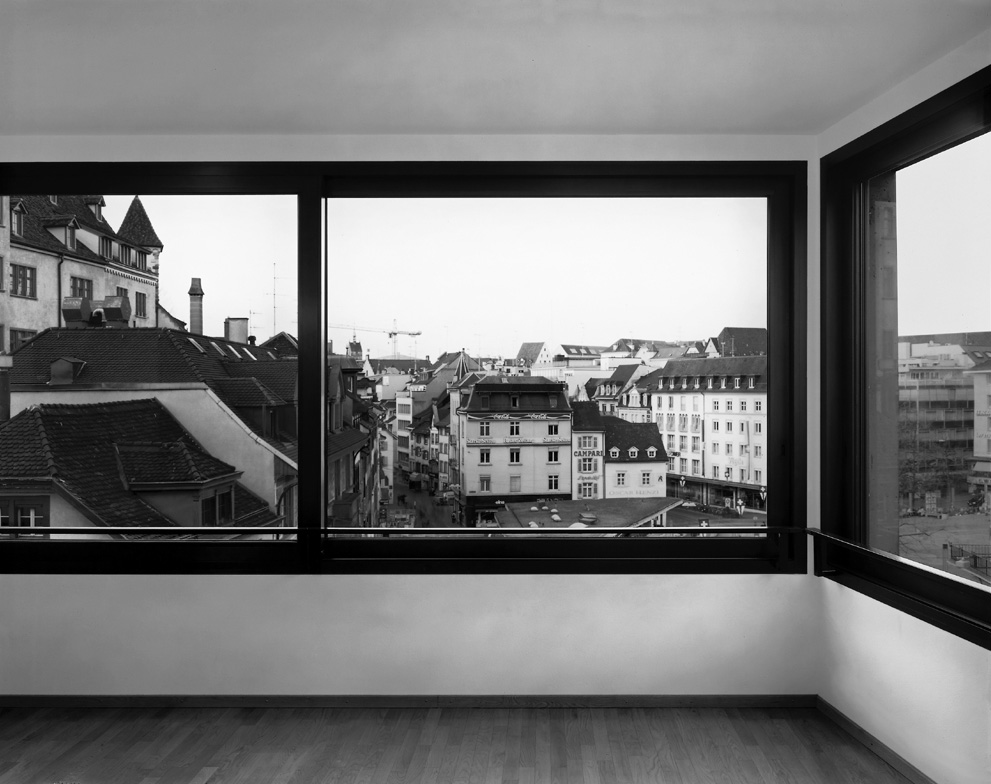