The Mobimo Tower stands overlooking Zurich-West as one of its most distinct landmarks. Located on the former site of the Coop supermarket distribution center, it commands an expanse of land where different time periods collide. The many new buildings that have since been built on the defunct industrial estate of the Maag factory reflect this further. However, unlike the taller Swiss Prime Tower, which stands adjacent to the Hardbrücke and was built to be seen from a distance, the Mobimo Tower was not intended to be a solitary building. Instead, it serves to define a center within the expanse of low rising buildings that extend around it and stands as a tall building, establishing relationships to its surrounding environment.

The tower rises over twenty-four floors to a height of 81m with a 1400m2 footprint. The building includes a 300-room hotel, various restaurants, a conference center and a ballroom, and, grouped on the top floors, a flight of apartments of different shapes and sizes. A central bracing core, which contains the elevators and stairwells, provides access to all levels of the building. The elevators are grouped together in direct association with their respective in-house addresses: the hotel entrance to the east, the apartments and the underground car park to the north. An open stairway provides access to hotel areas on the first three floors open to the public.

The sides of the tower come together to define different, obtuse angles; together, they form a load-bearing prismatic shell, organized along its vertical axis to reflect the building’s different internal functions. The building’s external appearance is mainly defined by the changing relationship of its flanks to the sunlight and by the numerous metal-framed windows. The windows’ size and proportion indicate whether it belongs to a hotel room or a private living space, the ballroom or one of the restaurants. The oversized windows in the building’s homogeneous stone façade confuse the onlooker’s sense of scale and undermine his or her sense of distance to the building. 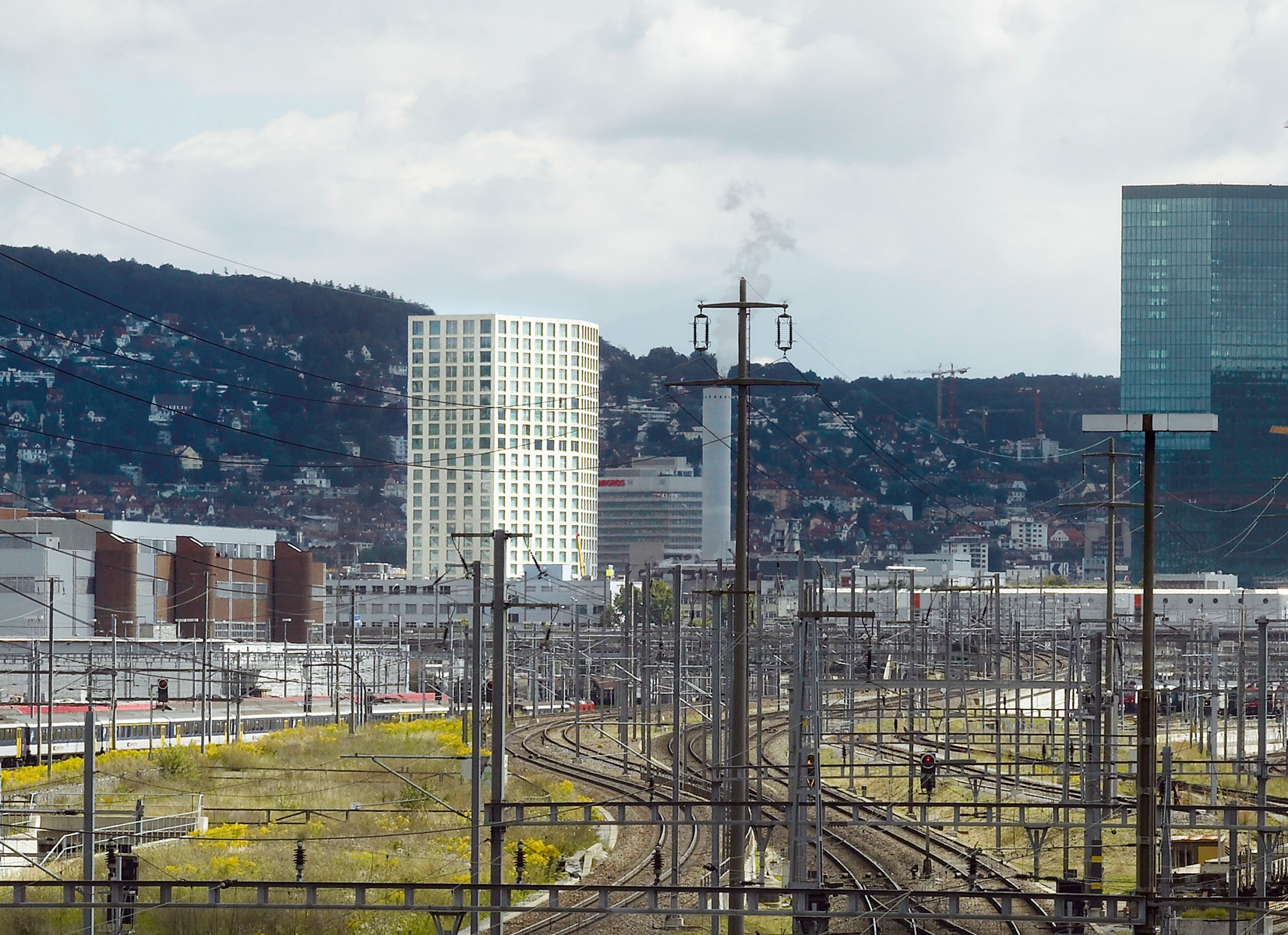 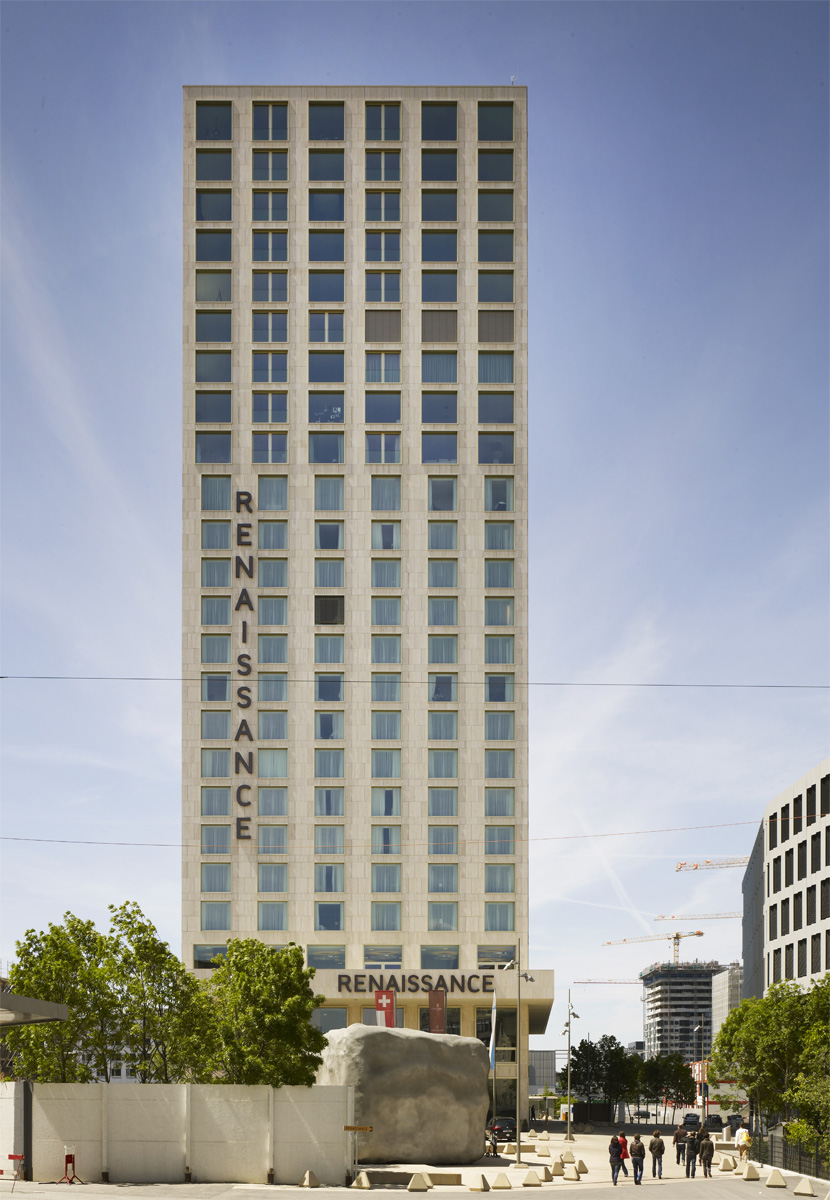 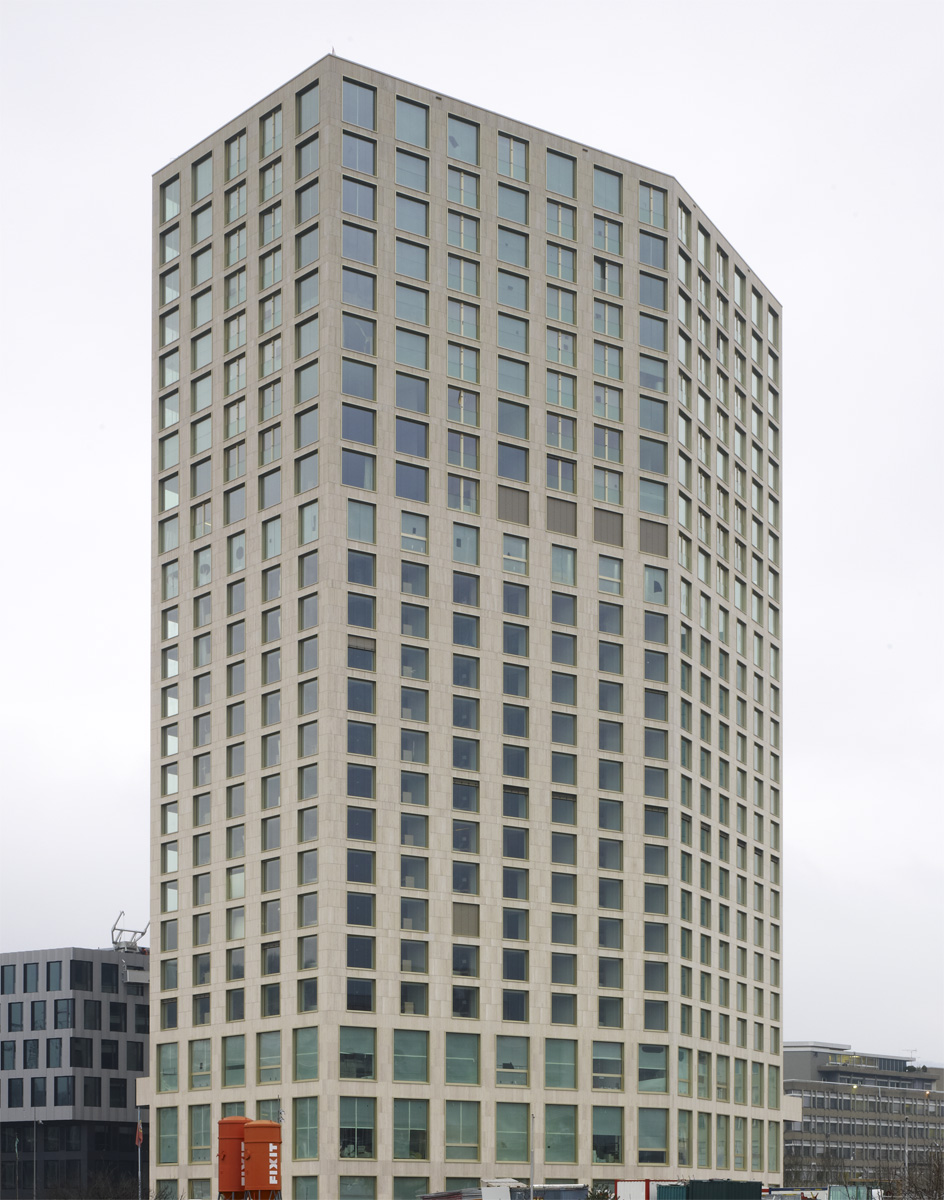 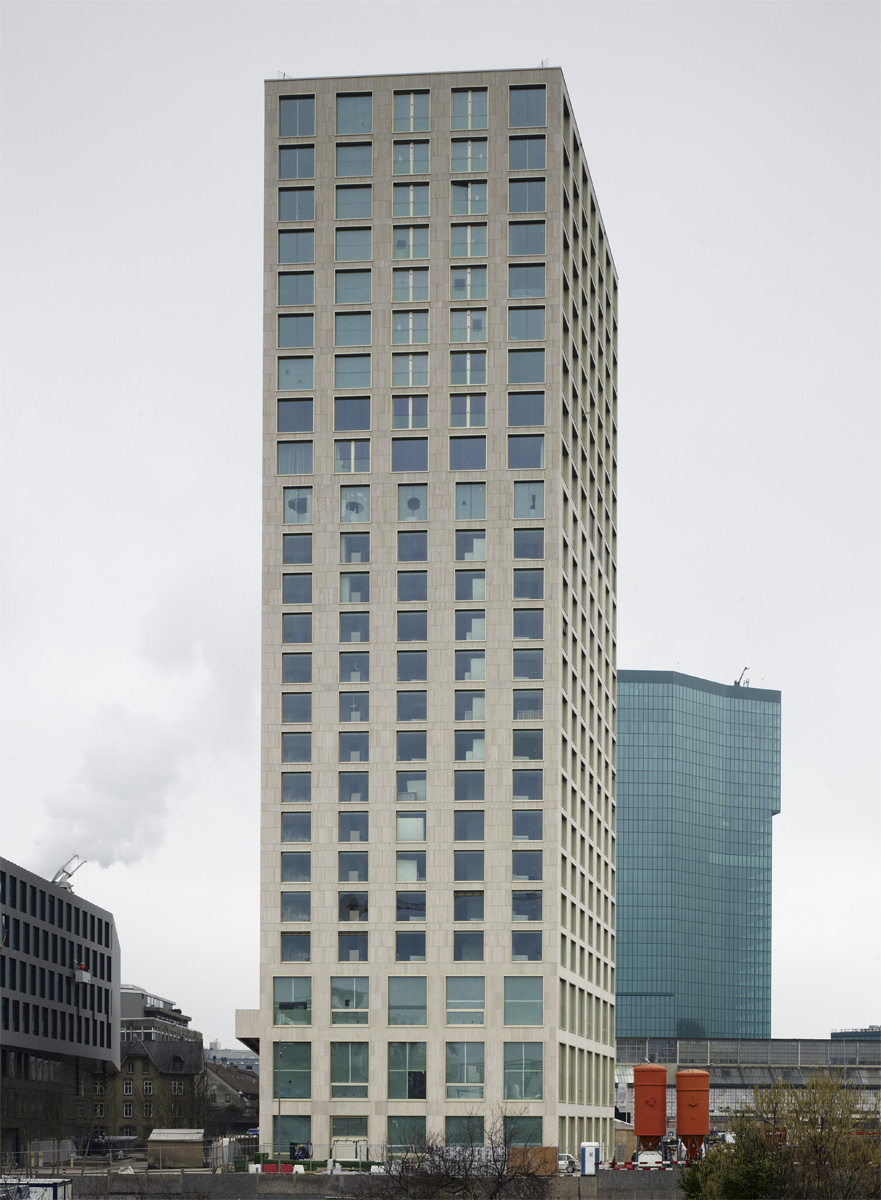