The Kunstmuseum Basel, designed by Rudolf Christ and Paul Bonatz, was opened in 1936. Its architecture, which draws on that of Renaissance palazzos, fits in to the representative architecture characteristic of the street front along the St.Albans-Graben. An arcade distinguishes its main façade. Beyond it lies a majestic courtyard, in turn enclosed by arcades. The building immediately to the west, previously owned by a bank, was purchased in 2000 and remodeled to house the art library, the Art History Department, and the administrative offices. A neighboring plot of land just to the east and framed by the Dufourstrasse and the St.Alban-Vorstadt, was purchased in 2009 for the projected extension.

The museum’s new wing, separated from the main building by a street and an intersection, complements the closed-off and solitary appearance of the main building. Without affecting the poise of the historic building the new wing adds greater transparency and a greater openness for the city, both in terms of architecture and urban planning, to the existing structure. A connecting building, which is set off against the stone façade of both buildings, extends across the street that runs between them. Together, the existing building and its new wing define a bracket that encloses the first, and one of the largest, public art collections in Europe and inscribe the Kunstmuseum into the cityscape, highlighting its unique artistic wealth for all to see.

The museum’s new wing has a uniform and nearly seamless façade that is constructed from planed limestone cubes. Its triangular entrance alcove, which is set into the frontispiece, is lined with wood, linking it materially to the connecting building. Above this alcove is a panoramic window that looks out over the city. The window opens onto a large, trapezoidal hall that extends up across two floors. The rooms in the new wing correspond to those of the main building. It too has a mezzanine floor used for staff rooms and by the restaurant for ancillary space. The first floor can accommodate different eventualities: it can house regular exhibitions, be used for presentations or opening receptions of major exhibitions, or provide additional dining space.

The main entrance is located in the main building. Tours through the galleries on the upper floors start from its magnificent stairwell, which is itself accessed from the building’s main arcade, courtyard, and foyer. Short passages along the stairs and elevators on the building’s west façade lead the visitor to the new wing. The non-sequential arrangement of its orthogonal rooms complements the enfilade in the main building. The new wing leads visitors through the rooms without constraint, in contrast to the consecutive order imposed on the visitor in the main building. From the main building’s foyer, visitors can access the new wing by way of the two rooms that span the Dufourstrasse. These rooms connect the buildings’ corresponding floors, leading the visitors either from the medieval art collection on the first floor to the special exhibition space in the new wing or from the collection of early twentieth century art in the top floor to the works belonging to the second half of the twentieth century. This allows the visitors to follow the lineage of nineteenth and twentieth century art in an uninterrupted sequence.

The exhibition space in the new wing and in the connecting structure over the Dufourstrasse establishes continuity to the rooms in the main building. This principle applies to both the design and function of the architecture. The rooms in both buildings are related. Their larger size provides spaces that are suitable for modern and contemporary artworks. Both buildings function as vessels of art. This is expressed in the connecting structure, the two cubic exhibition spaces, which define a pictorial element and make visible the idea of mediating between the old and the new, while always making the presence of the new clearly evident. 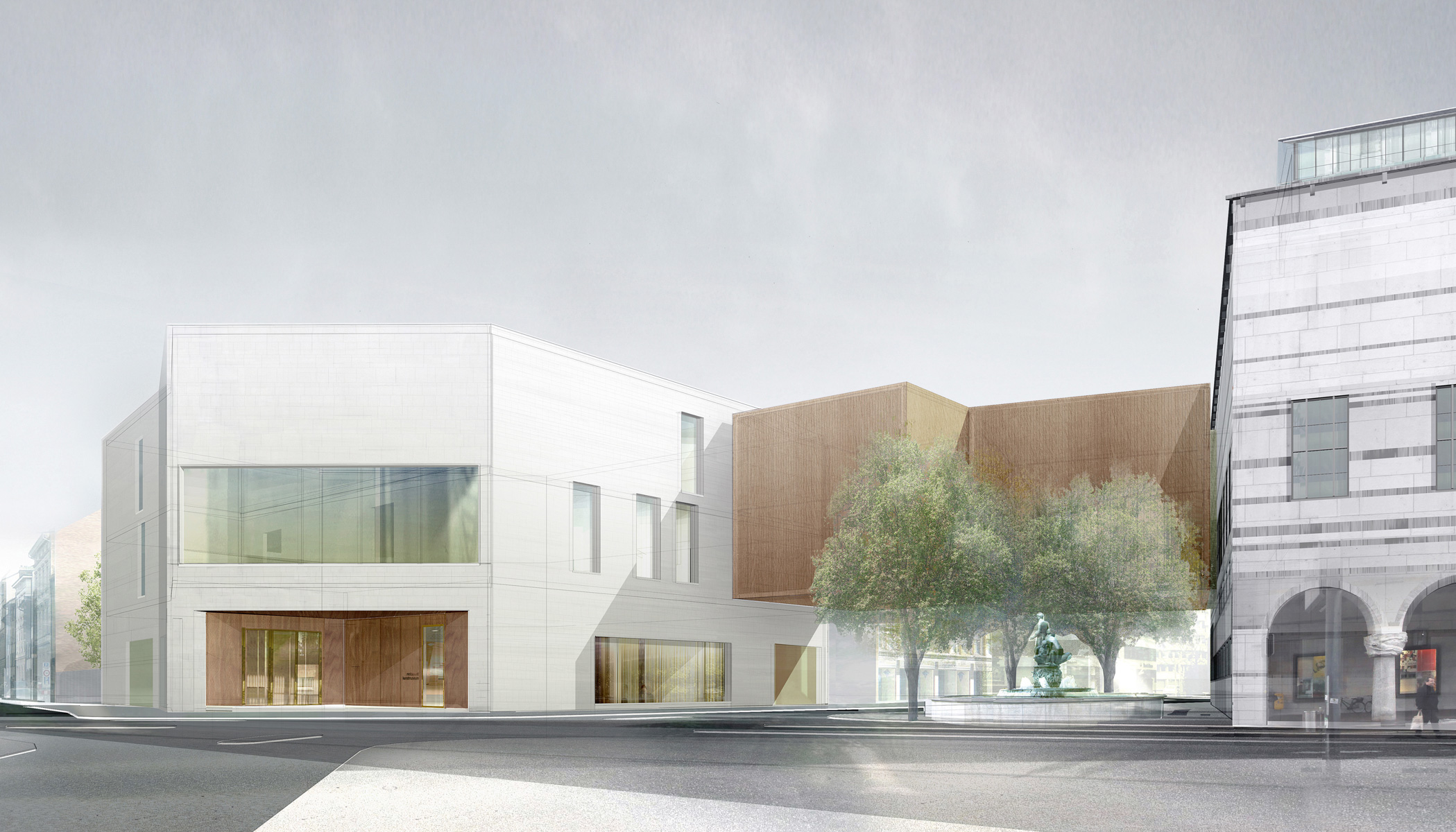 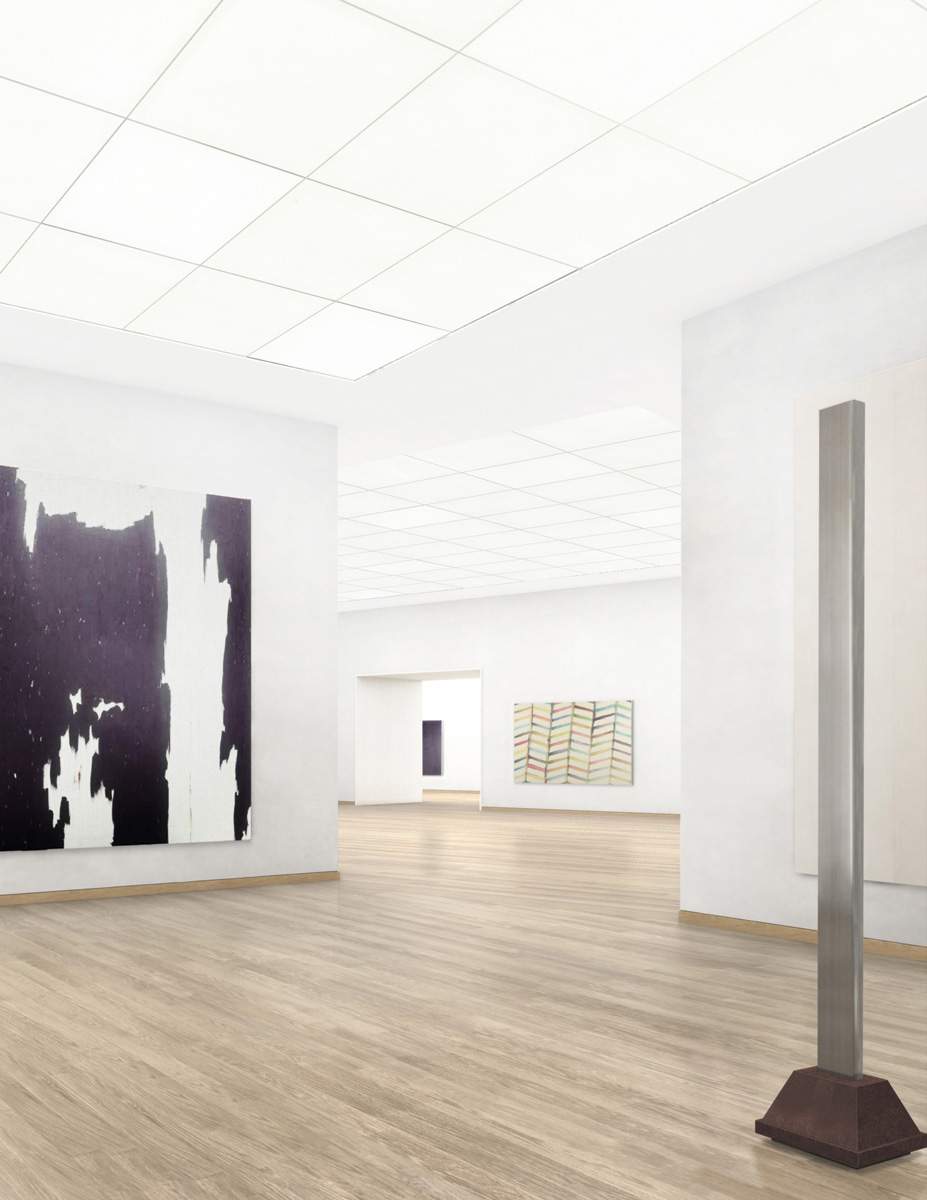 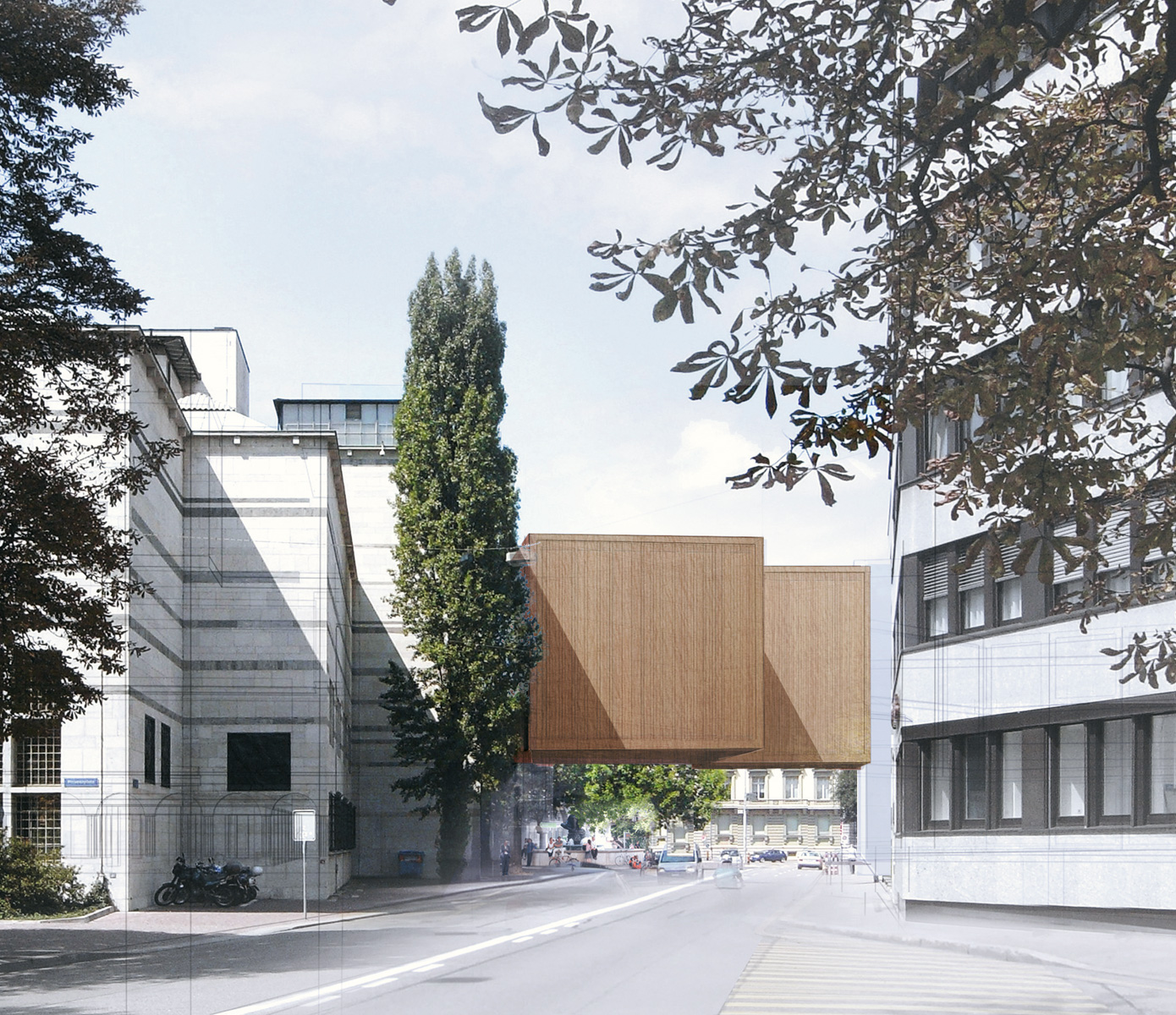