The Hammerstrasse development is in the Kleinbasel quarter north of the Rhein. It inhabits a former industrial estate (the production site for the Patent Ochsner branded garbage cans) and extends across more than half a street block. The development looks to traditional late nineteenth century perimeter square settlements in that it arranges residential buildings along the street front and includes buildings for light industry in the courtyard. The U-shaped arrangement of five-storied apartment buildings encloses a central residential courtyard, while a single row of two-storied studio buildings closes it off. An alleyway past the former commercial buildings and the new studio apartments traverses the block and connects the semi-public space inside with the public urban space outside. The north facing side of the development along the length of the street contains numerous windows. The loggias and glassed-in balconies on the south facing façade extend out into the courtyard. The entire apartment complex observes the structure and arrangement of semi-detached townhouses. Identical apartments overlook the street and the courtyard on either of the two shorter sides of the development. The one and three room apartments in the corner wings can be joined together, while the mid-size and large apartments that make up the other housing units are designated for family and communal living. The rooms on the first and second floor are joined together as maisonettes, each with its own separate entrance. Rustic cement elements bracket the two stories of the maisonettes building and define a tall plinth. A stairwell leads to the apartments above. All the housing units share a communal roof terrace. A semi-circular glass façade accentuates the northeastern corner, with battens reinforcing its individual wood framed windows on the outside.

The Hammerstrasse residential development was the architecture office’s first extensive project that made the typology of apartments and rooms its focus. The organization of the floor plans, the dimensions and proportions of the rooms, and the size and type of windows in apartment buildings adhere to their own economy. Special attention was paid to the development’s overarching geometry. For its engagement with the tension existing between nineteenth century urbanity and modern apartment buildings and for promoting a greater proximity of living space and light industry, the development received substantial coverage in the 1980s. 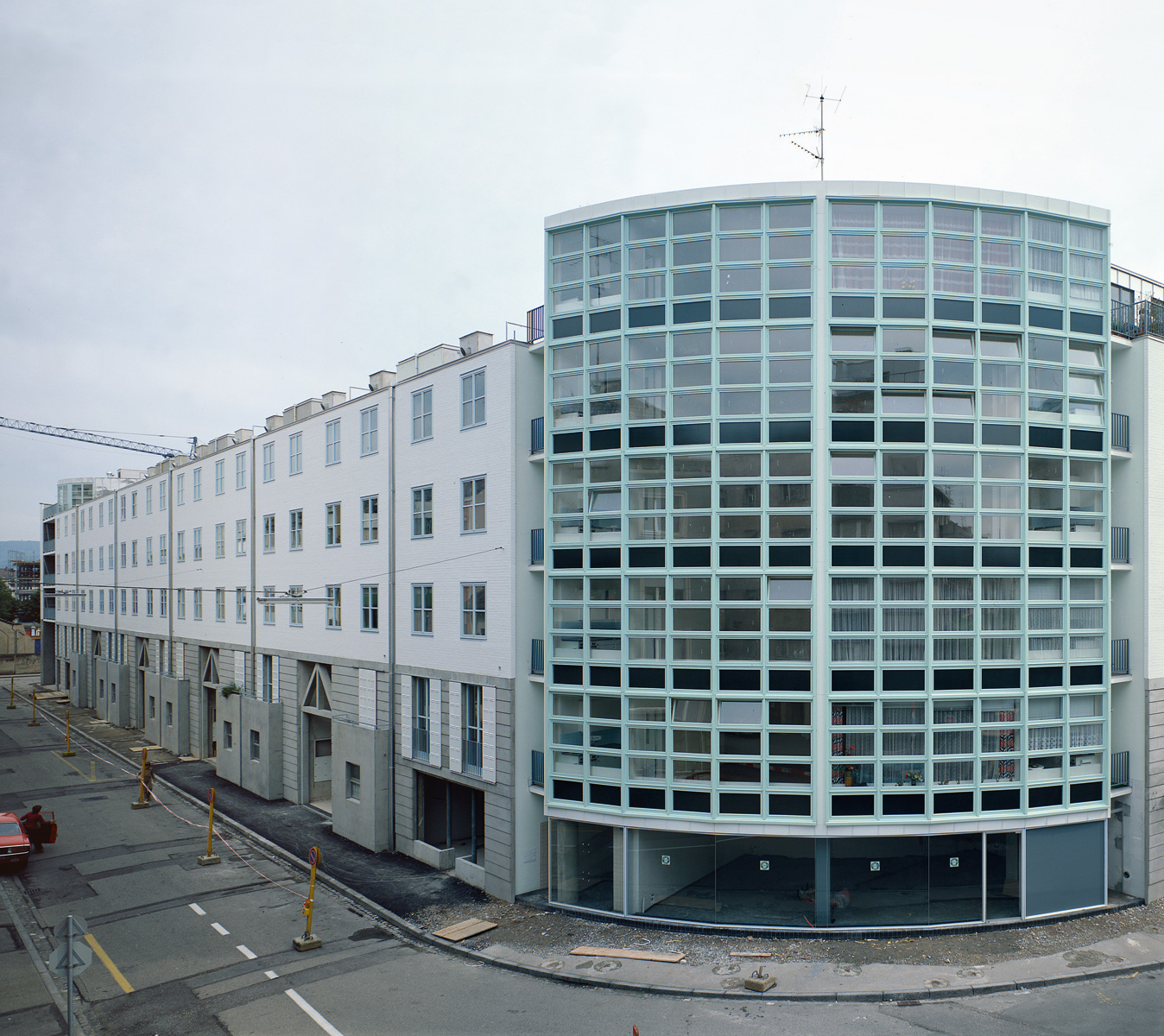 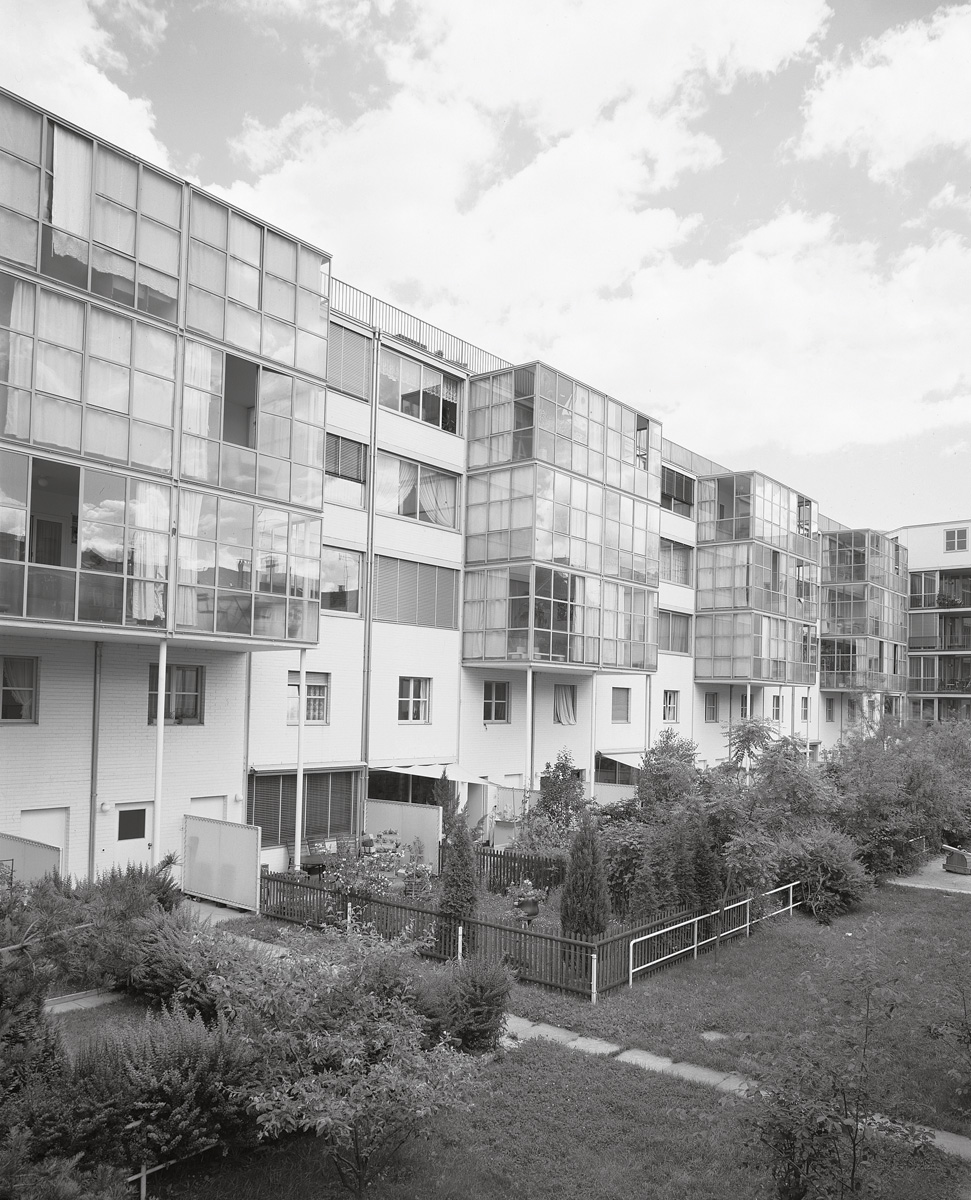 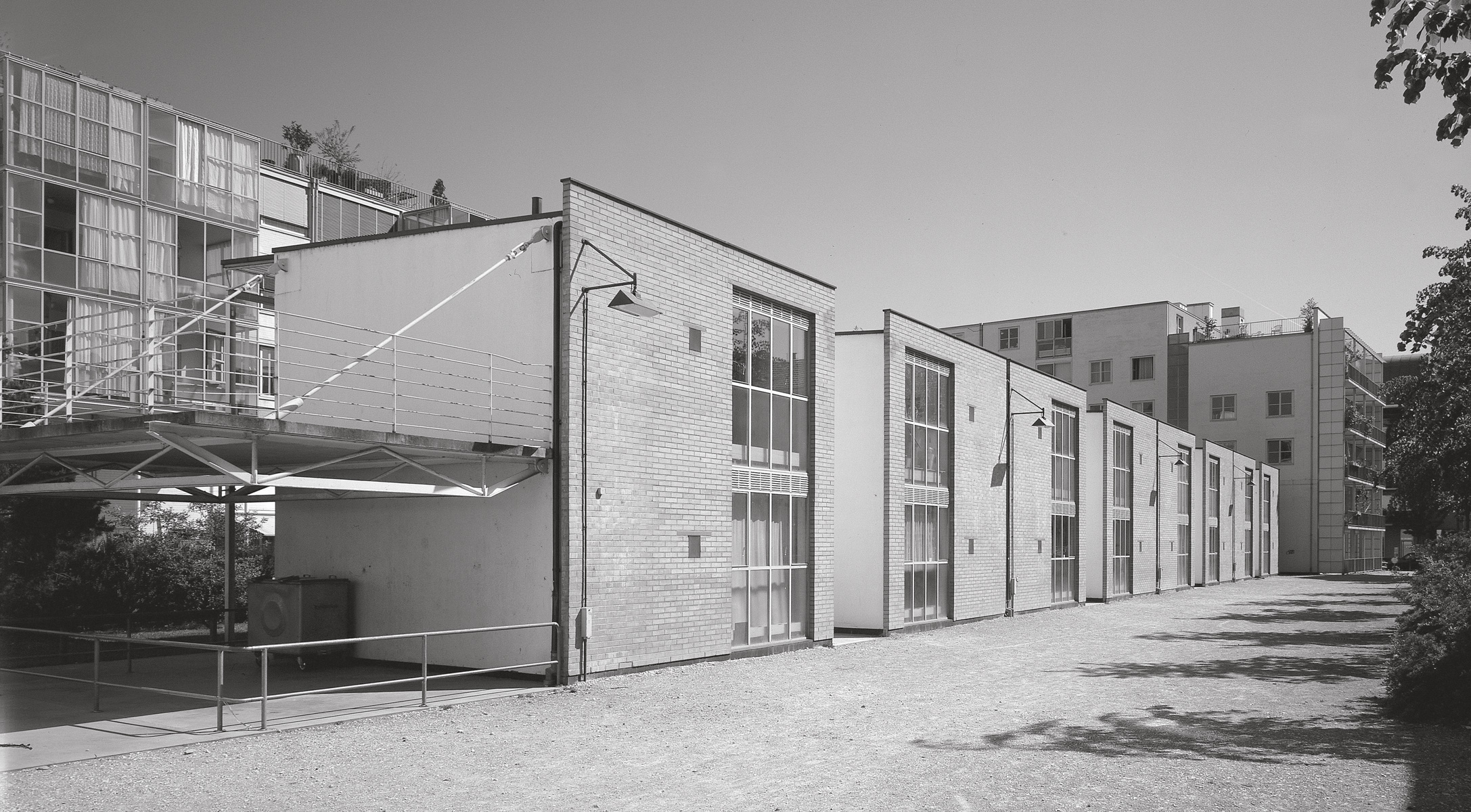 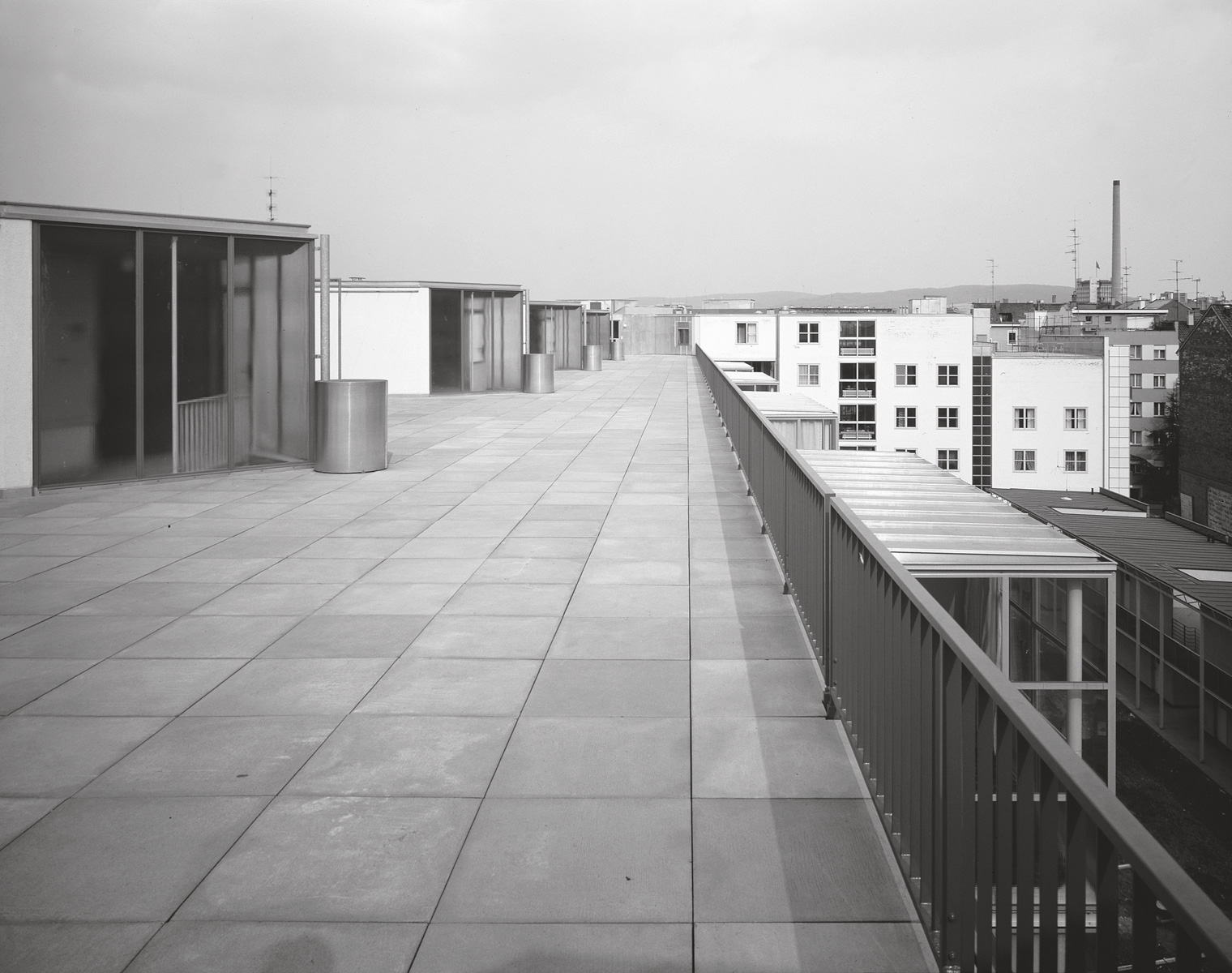 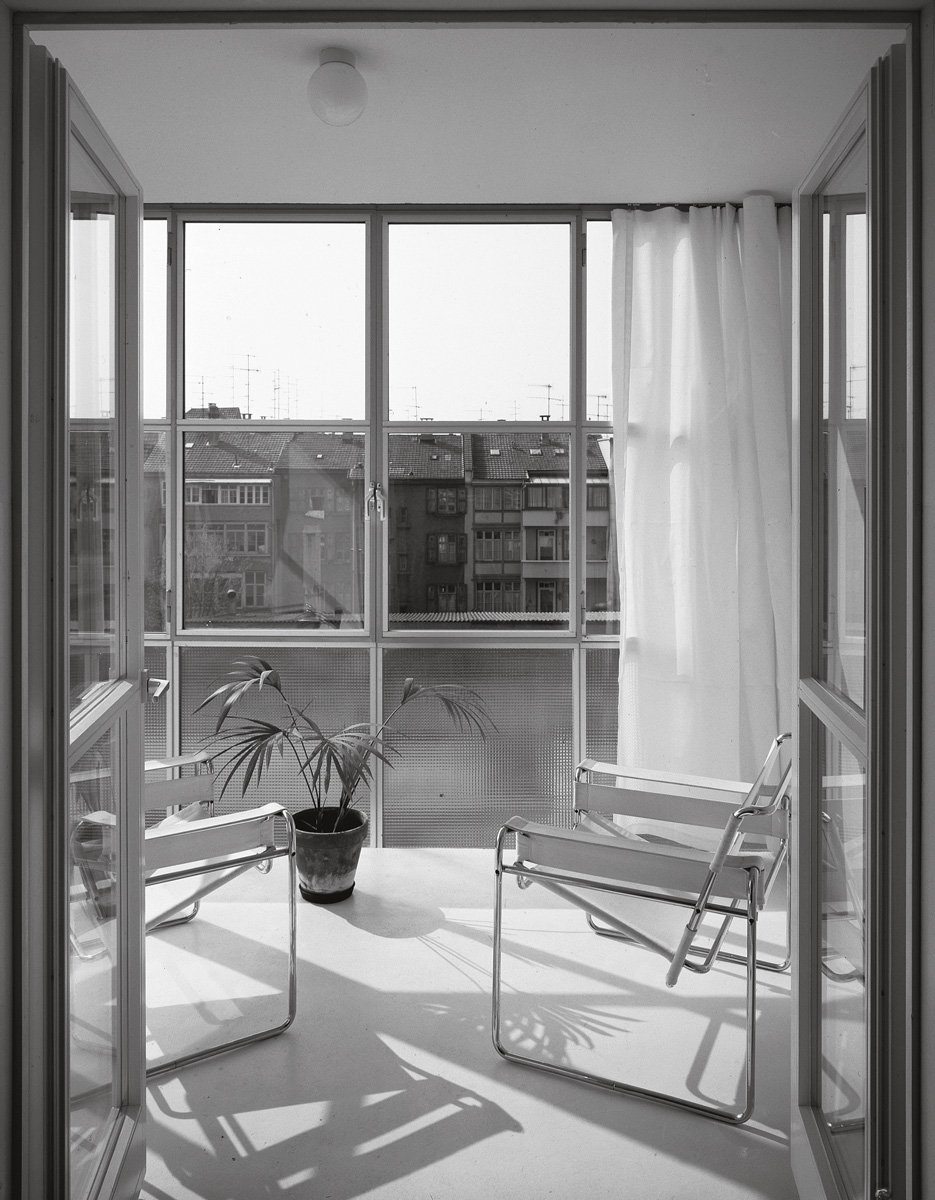 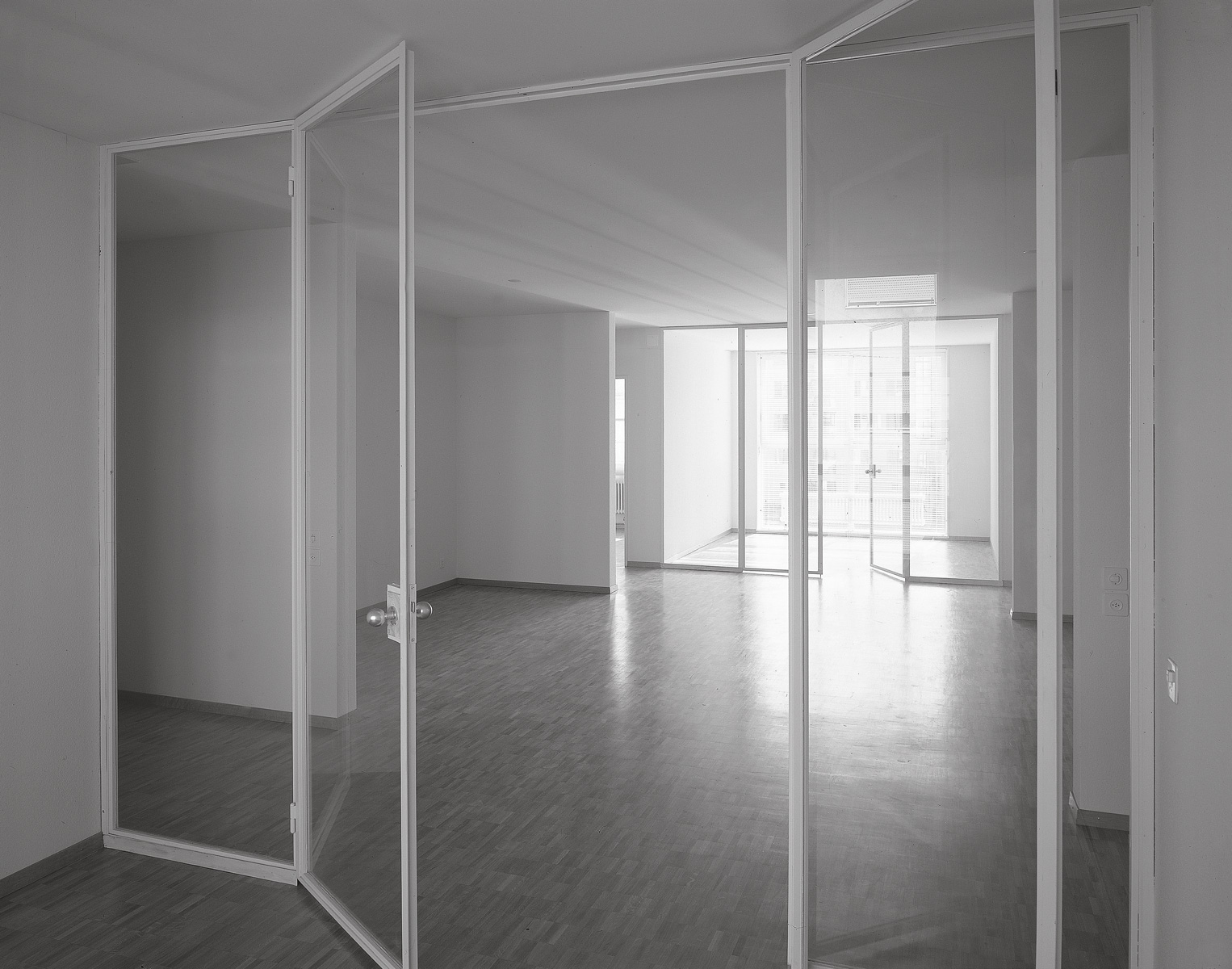 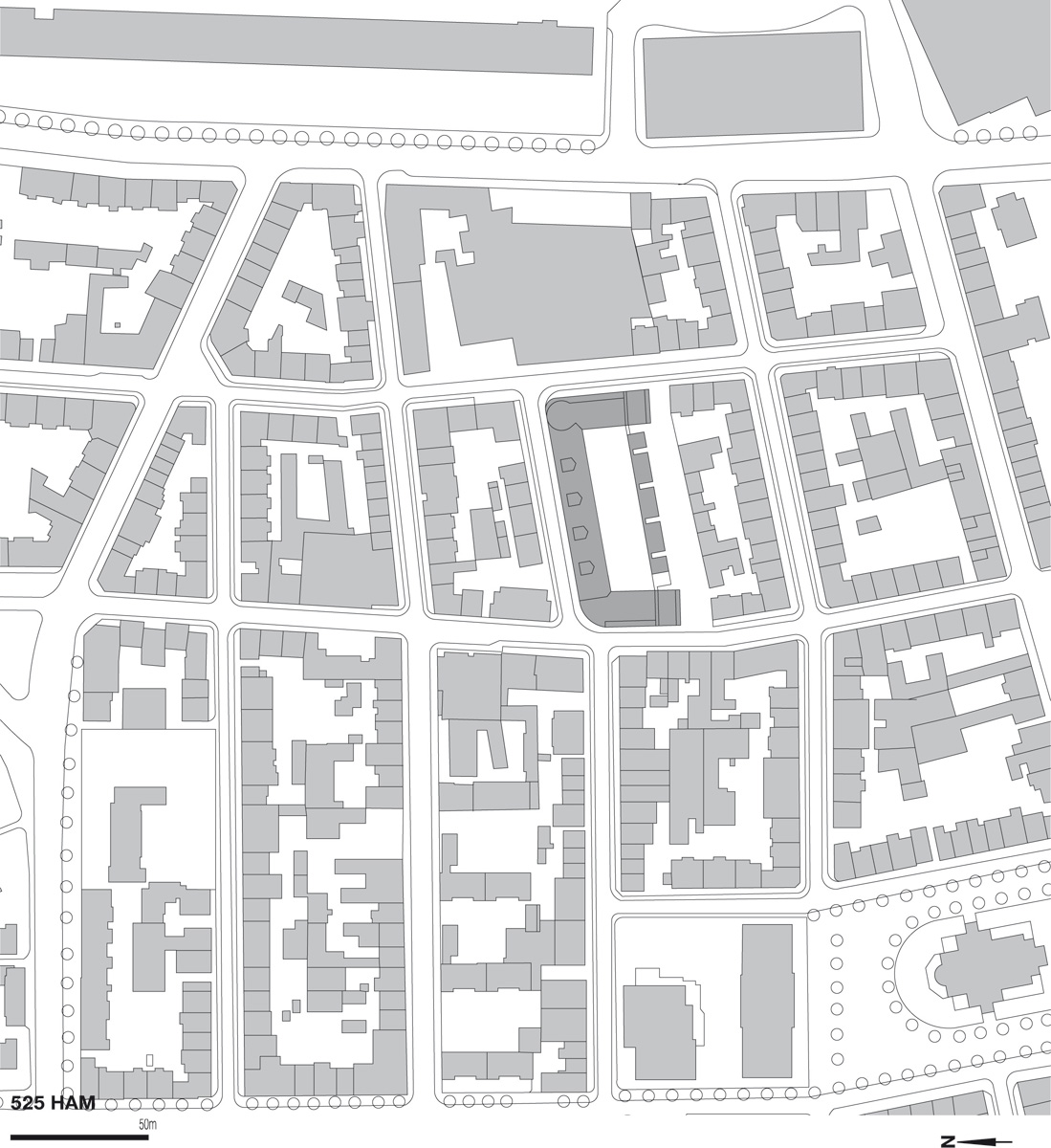