This administration building for an insurance company stands on the Picassoplatz. This square, while centrally located, does not belong to Basel’s historic city center. In place of the contiguous buildings of a city block, here the buildings are loosely arranged in a staggered formation. Gaps between the office buildings from the 1950s and 1960s that make up the outer perimeter provide a view of the square’s interior.

Two monumental buildings to the left and right of the Dufourstrasse line the northern edge of the square and create an additional layer around the city block. The first of these buildings is the Kunstmuseum Basel (Rudolf Christ and Paul Bonatz, 1932–1936), whose staggered rear wing extends back across the Picassoplatz from its location on the St. Alban Graben. The second building is the First Church of Christ, Scientist (Otto Rudolf Salvisberg, 1935–1936), which stands set back from the building line of the subsequently built office blocks. The museum building is a massif construction that includes examples of all the types of stones that were quarried in Switzerland at the time of construction. The church’s floating façade consists of shell limestone.

The new building, which stands on the former site of a villa with park landscape, brings the existing buildings together as a unit. The administration building is a figure of urban planning that fulfills two functions: on the one hand it interacts with the different buildings, whose staggered arrangement defines the depth of the cityscape, heightening their play in the process; on the other hand, it stands as a compact solitary building that adheres to its own principles. The building itself is made up of nestled rectangular volumes with distinct identities that give it a subtly differentiated structure. These stagger the building’s height and texture its vertical outline with receding and protruding ledges and recesses in an immediate response to its surroundings.

The external, load-bearing walls define both interior and exterior spaces. Despite the simple floor plan, which follows a central corridor, the building’s function as a figure of urban design become evident internally from the crown arrangement of the offices. The characteristic qualities of the different façades give way to the building’s overall effect. The exterior wall defines a “fabric” that encloses the building. The joints between the natural Andeer granite slabs have different widths and give the façade and stone cubes an organized structure. Artificial stone moldings circle the entire building and function as consoles. The natural stone slabs rests on these in layers.

The tectonic composition creates a connection between the different elements that make up the exterior wall. They cohere as part of a shared structure in which the elements are interconnected. The result is an appearance of motion at rest: cornices appear to float under the weight of the natural stone slabs that are being supported. Cornices, parapets, pillars, and windows come together in a system that maintains a balance.

Broken slabs of granite project obliquely from the ground to create circles that surround the stock of historic trees that have been preserved in the immediate vicinity of the new buildings. These form part of Luciano Fabro’s 1991 “Giardino all’italiana,” an art installation whose 60 totemic steles and broad path of light granite stone allude to the Milky Way. The recessed floor lights and the polished granite discs represent the stars in the firmament of the southern hemisphere. 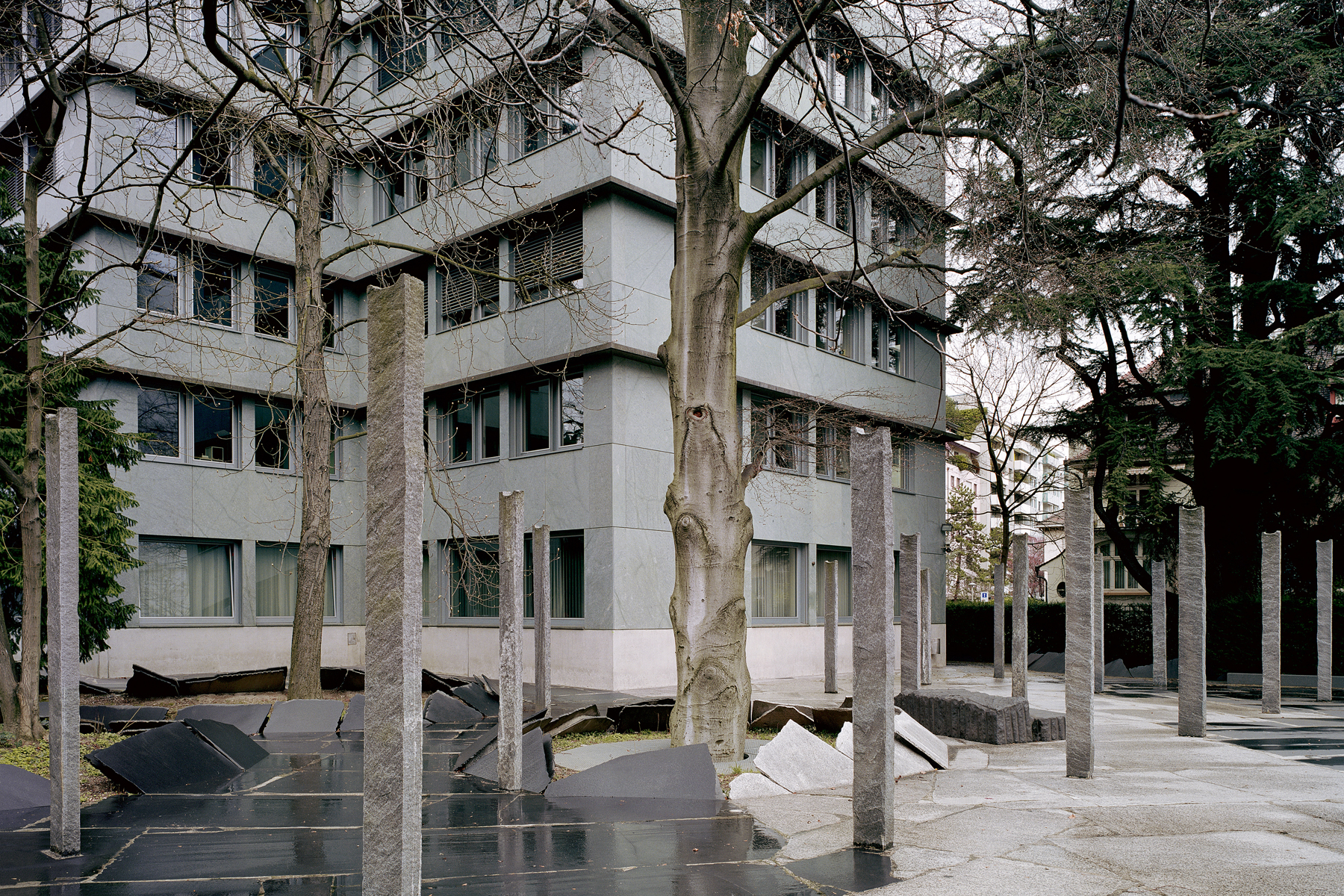 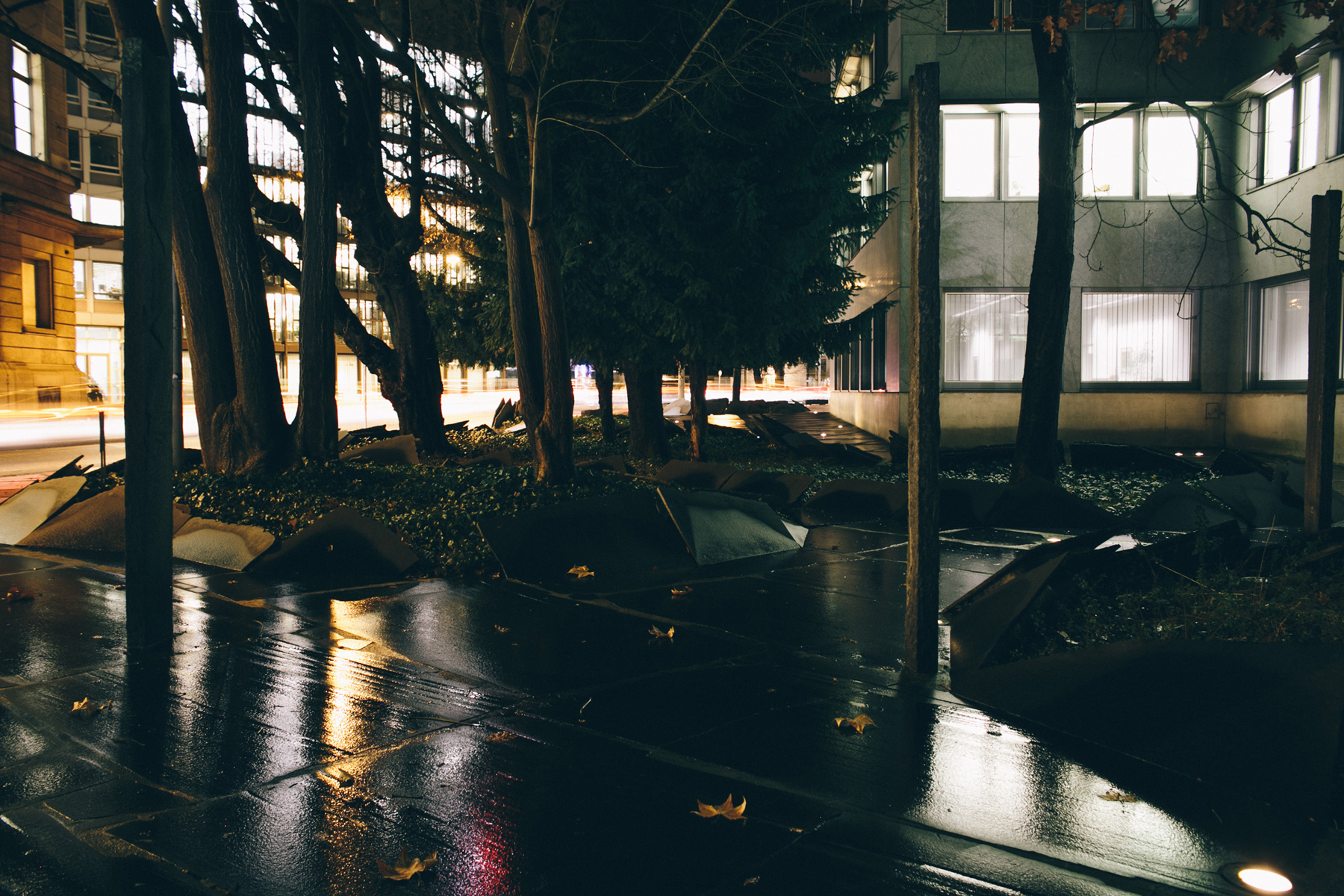 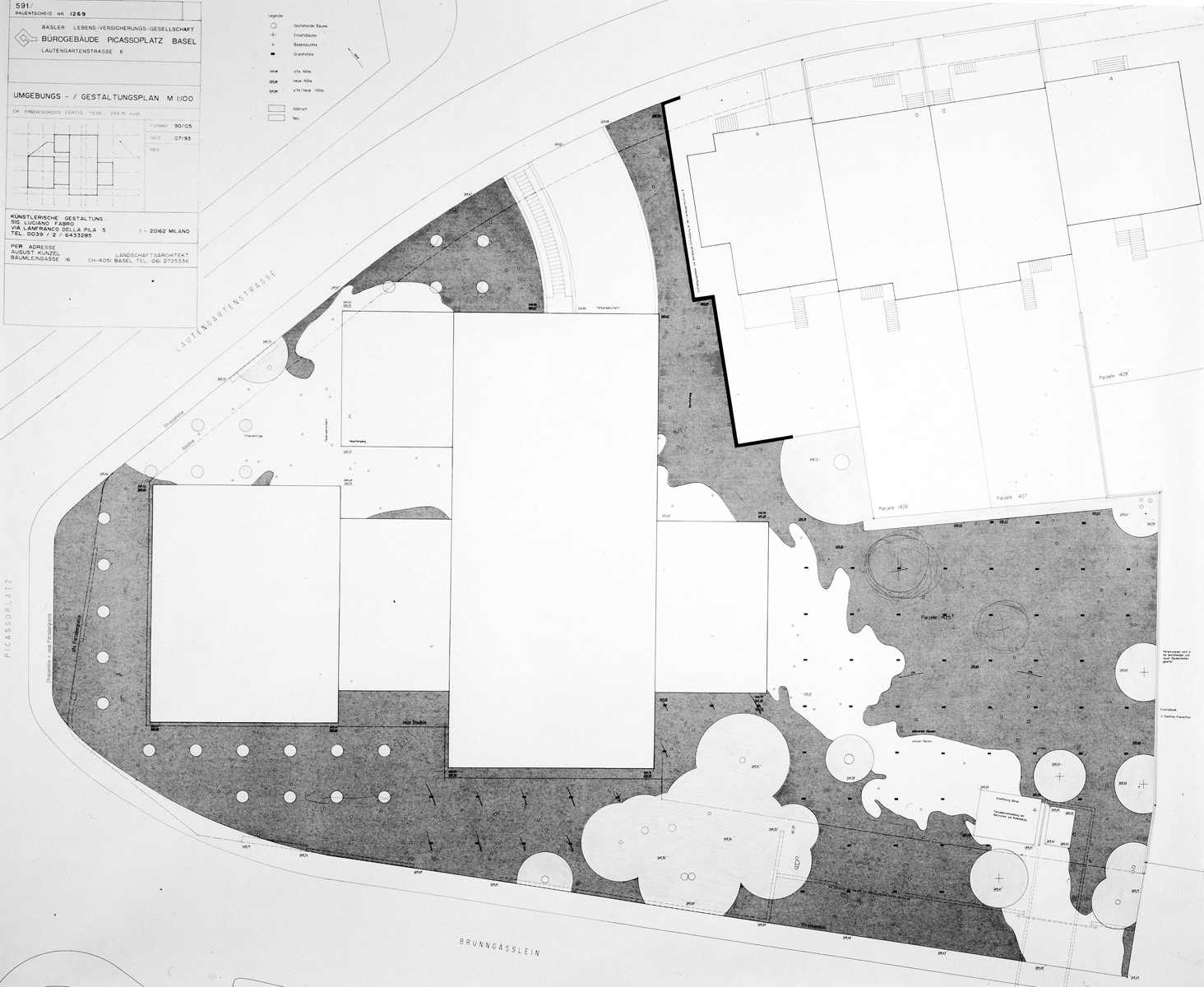